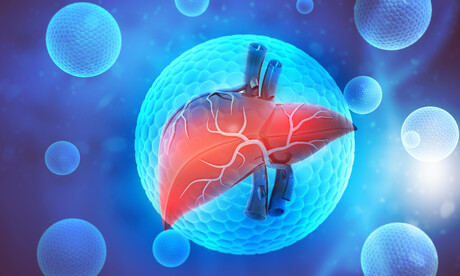 a genetic link to non-alcoholic steatohepatitis

Japanese researchers have shown that albino mice of the C57BL / 6 line, harboring a mutated variant of the tyrosinase gene, have an increased susceptibility to the inflammatory liver disease known as non-alcoholic steatohepatitis. Their breakthrough was published in the journal Scientific reports.

Non-alcoholic fatty liver disease (NAFLD) is the accumulation of fat in the liver unrelated to alcohol abuse or other liver disease. It is often associated with obesity and diabetes and is considered a manifestation of metabolic syndrome. It progresses to non-alcoholic steatohepatitis (NASH) – which can lead to serious complications such as liver failure, cirrhosis, and liver cancer – with the onset of inflammation, although it is currently not known how it happens. Now, researchers from Tsukuba University found that albino mice with a point mutation in the tyrosinase gene are more sensitive to NASH than mice carrying the unmutated gene.

The prevalence and severity of NAFLD are known to vary between different human ethnicities, with the highest prevalence observed in Hispanic populations. The tyrosinase gene codes for an enzyme involved in the production of melanin, affecting skin tone. The team observed in preliminary computer analyzes that different point mutations in the tyrosinase gene also vary in frequency between different ethnic groups, with the two main variants being seen at high frequencies in Hispanic populations. The researchers therefore speculated that variants of the tyrosinase gene could possibly affect the sensitivity and severity of NAFLD and NASH.

The team studied a particular mouse line known as C57BL / 6, or B6, to test this hypothesis. Albino B6 mice exhibit a single change, known as a point mutation, in the tyrosinase gene. This affects the function of the enzyme tyrosinase so that albino mice cannot produce melanin properly, losing their pigmentation and turning white instead of black.

Dietary cholesterol contributes to the development of inflammation in the liver, which is why the team fed albino and black B6 mice a high cholesterol diet for 10 weeks. They found that the black B6 mice exhibited no symptoms throughout the duration of the diet, while about 50% of the albino B6 mice exhibited a severe phenotype, developing liver damage after just one day that progressed to NASH after two. weeks.

The team further showed that albino B6 mice exhibited elevated expression of tyrosinase in the small intestine. According to Assistant Professor Michito Hamada, lead author of the study, â€œThis could affect the sensitivity of mice to NASH by affecting the absorption of cholesterol in the small intestine, indicating a potential mechanism for this increased sensitivity.

“As the point mutation in the tyrosinase gene is the only genetic difference between albino B6 and black B6 mice, our work will facilitate the identification of genetic susceptibility factors for the development of NASH and will broaden the understanding of the pathophysiology of NASH. NASH. “