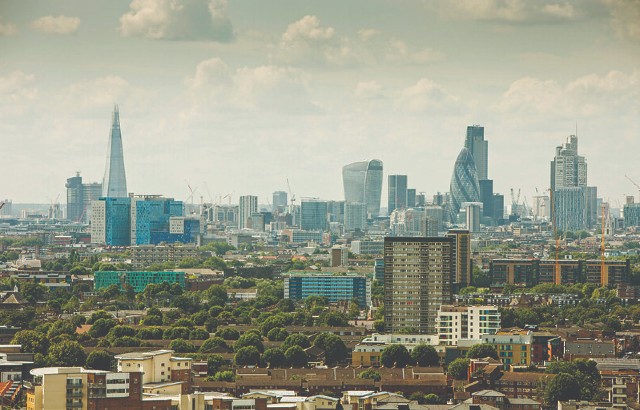 The initiative is benefiting from a £25m investment by a group of life science companies to study how genes can help us understand health issues, develop new treatments and support diversification health research data. The British Pakistani and British Bangladeshi populations, which are the largest ethnic minority groups in East London, have historically been underrepresented in the large genetic datasets used by scientists, doctors and policy makers to guide health care decisions.

Genes & Health is tackling this issue by recruiting volunteers of British Pakistani and British Bangladeshi descent, beginning to reverse the health and research inequalities that have traditionally disadvantaged people from these communities.

The project, led by Queen Mary University of London in partnership with King’s College London, started in East London in 2015 and has since expanded to Bradford and more recently Manchester, the 50,000th volunteer, Zahid Chauhan OBE , being Manchester Genes & Health’s first recruit just opened. The study is now halfway to its goal of recruiting 100,000 volunteers by 2024.

To support Genes & Health’s mission to improve the diversity of genetic data used for health research, a group of life science companies (Bristol Myers Squibb, GSK, Maze Therapeutics, MSD, Novo Nordisk, Pfizer, Takeda) have collectively committed £25 million of new investment in the generation of genetic data and analyzes of samples donated by the 50,000 volunteers. The data will be used by health researchers around the world, seeking to address the lack of diversity seen in current health care research. The new investment will also contribute to our collective ambitions to establish East London as a leading center of excellence in the life sciences, as part of its partnership with Barts Health NHS Trust through Barts Life Sciences and King’s Health Partners. Together, Queen Mary and Barts Health NHS Trust have a strong track record of delivering life-changing health outcomes, including for communities often underrepresented in healthcare research and delivery.

Cllr Ahsan Khan, a Waltham Forest councilor and Genes & Health’s first volunteer said: “Genes & Health is a great resource that is making real progress in improving the health of the UK Pakistani and UK Bangladeshi communities. The project is also helping to close the gap in research participation that would otherwise see health inequities worsen in the future.

Dr Sarah Finer, diabetes consultant and senior lecturer at Queen Mary University of London, said: “Genes & Health is doing what it said it would do – bringing benefits to disadvantaged local communities. Our new science and more volunteers will enable us to do even more to improve the health of the UK Pakistani and UK Bangladeshi communities as well as the wider UK population.

Professor Colin Bailey, President and Principal of Queen Mary University of London, said: “Queen Mary University of London is the most diverse university in the UK, serving unique and disadvantaged local communities. We are proud to bring major life sciences investment and jobs to the East End of London, launching our wider Barts life sciences strategy and Whitechapel campus development.

Zahid Chauhan OBE, local GP and Manchester City Councillor, was the first volunteer recruited at the new Manchester Genes & Health site. He said: “British South Asians are underrepresented in research and have had terrible outcomes from the COVID pandemic. I am delighted to be the 50,000th volunteer for Genes & Health and the first for Manchester, shining a light on research into health inequalities across England”

Genes & Health is a long-term health study that combines genetic data with lifetime NHS health record data, with the ability to invite volunteers to return with their consent for more detailed research studies. Volunteers are asked to give a saliva (sputum) sample and share their GP and hospital medical records anonymously and securely with the study team. While the study has three sites in East London, Bradford and Manchester, British Pakistanis and British Bangladeshis from anywhere across the UK can participate by completing a short online questionnaire and submitting a saliva sample to the research team by mail. British South Asians have the highest rates of heart disease in the UK and are six times more likely to have type 2 diabetes than the rest of the UK population. British Bangladeshis and British Pakistanis have also had the worst COVID-19 outcomes in the UK.

The study has already had a direct impact on dozens of volunteers identified with hereditary high cholesterol. As a result, doctors from the Genes and Health team were able to steer them towards treatment to prevent life-threatening consequences of high cholesterol, such as heart attacks. Genes & Health data has also been used to uncover important scientific findings such as: why COVID-19 affects some people more severely than others; a new treatment for a rare childhood kidney disease and a new understanding of how nutrition relates to child growth. Genes & Health was initially funded by the Wellcome Trust and has also received support from the Medical Research Council, Barts Charity, HEFCE and the NHS National Institute for Health Research.