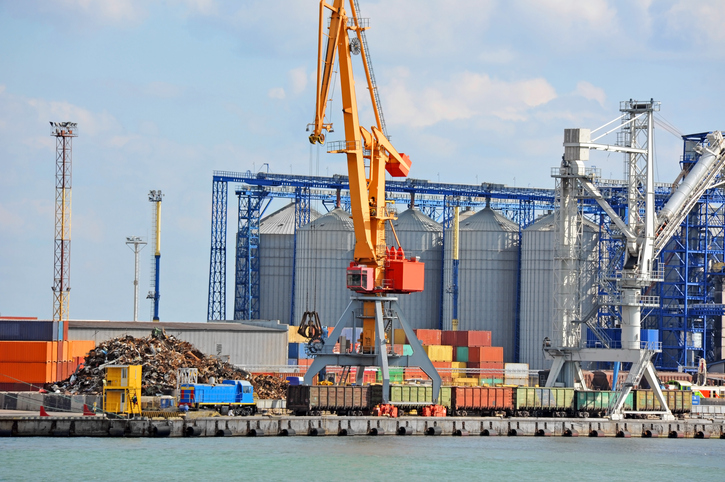 These estimates were included in an open letter from Donau Soja to representatives of Germany’s agricultural cooperatives, the Deutscher Raiffeisenverband (DRV), which together with the German Association for Animal Nutrition (DVT) published reports claiming that the supply in non-GMO raw materials from the EU has been significantly hampered by the war in Ukraine.

In mid-March, the DRV claimed the “the raw material base for non-GM production had collapsed” and, in April, that “maintaining the supply of non-GMO products throughout the market was unrealistic in the longer term.“​

In the communication sent yesterday [May 12] to the managing director of DRV, Dr. Henning Ehlers, Matthias Krön, chairman of Donau Soja, called for a “factual discussion”​ and he accused DRV of engaging in political maneuvering, and that he was using “the tragic war in Ukraine to obtain advantages linked to the agricultural policy. ​

Such a position only harms German and European consumers as well as farmers in Germany and Ukraine, said the head of Donau Soja.

“If you and your partners go GMO-free, who will European farmers – including a growing number of German soybean farms – supply their GMO-free soybeans to? European farmers are competitive with non-GMO soy. European agriculture cannot economically compete with imported GM soy.​

“When you talk about the total failure of Ukraine, you ignore the facts. Every day, increasing quantities of agricultural products from Ukraine enter the EU by land and river. Already 55% of soybean imports have been exported overland. These days Ukrainian farmers are sitting on their tractors and planting more Donau Soy than ever before. ​

“Yes, there are challenges – especially in logistics. This is where the German food industry can get involved in order to bring more, not less, arable produce from Ukraine to the EU” ,read Krön’s letter.

Any decision to buy more GMO soy from abroad, instead of supporting locally grown soy, will only serve to increase Europe’s dependence on imported protein, he added. .

Susanne Fromwald, Senior Advisor and Project Manager, Donau Soja, also weighed in on the matter. She told FeedNavigator that “the war in Ukraine is really being misused to try to destroy the non-GM sector in Germany. DVR and DVT cause a lot of additional insecurity for food producers and retailers and that’s why we decided to publish this open letter.​

“Crushers in Germany (ADM), Austria (BAG), Hungary (Vandamme), Italy (Cereal Docks) and Ukraine (ATK) have all confirmed their availability until harvest and also after. In fact, we expect 10-15% more soy. in the EU this year. So even if there is a shortage from Ukraine after the harvest, which is not expected, there will be enough non-GM volumes,”​ pointed out Fromwald.

Interestingly, according to data from Donau Soja, Ukraine only supplied around 10% of Germany’s estimated non-GMO soybean demand in 2021.

We asked DRV to comment on Krön’s claims. The organization told us “could not answer in detail to”​ the letter and, instead, sent us a statement setting out its CEO’s views on the supply of non-GMO soybeans in the global market:

“Although a reliable forecast is not possible, it can be assumed that the global supply of non-GMO soybeans will no longer be able to meet global demand from the second half of 2022. The constrained logistics and the uncertainty of gas supply determine world markets. . Cultivation behavior for non-GMO products in Brazil is declining without framework agreements, as farmers become risk averse due to high input prices and no longer engage in upstream activities.​

“In addition, the increasing drought in parts of Europe, but also in India, is leading to a downward revision of yield forecasts and therefore of exports from these countries. In India, domestic demand is also growing, mainly due to the growth of the poultry industry, and logistics issues are still hampering exports. In the United States, almost 100% of exports of non-GMO raw materials are made under framework contracts to Asia. Moreover, mixing with GM varieties is increasingly exceeding the 1% threshold in the United States, which is accepted in Asia but not in Europe. ​

The DVT said that since the letter was addressed to the DRV, it would not comment.

The Association for Gene-Free Foods (VLOG), the group behind the GMO-free “Ohne Gentechnik” (OG) standard in Germany, has also lent its voice to this debate.

Last month, Alexander Hissting, managing director of VLOG, said that the DRV and the German animal feed federation, the DVT, were deliberately trying to drag the successful “Ohne Gentechnik” sector into a crisis without any factual basis.

The war in Ukraine, he said, is having far-reaching elemental effects in many areas, including the supply of agricultural raw materials, and with the resulting exorbitant prices for animal feed. But DRV and DVT use this conflict to distort reality, consulting “their own pre-colored crystal ball for long-range predictions,”he commented.

Referring to rapeseed supply data published by DRV and DVT, Hissting said: “In 2020, the degree of self-sufficiency in Germany for the food ingredient itself, rapeseed meal, was not 30%, as the two associations claim, but more than 120%. Presumably, DRV and DVT refer to unprocessed rapeseed feedstock, for which the degree of self-sufficiency was just under 40%. However, imports from Ukraine accounted for only around 10% of the total volume of rapeseed for processing in Germany. »​

According to the VLOG leader, DRV and DVT want to reduce the demand for GMO-free products in the German retail and food sectors, and thus ultimately also the supply, with the aim to weaken the “Ohne Gentechnik” platform. “It is absolutely unacceptable to use the consequences of the horrible war against Ukraine as a pretext to defend one’s own interests.​

Long-term development depends on the continuation of the war, weather-related yield levels and global supply and demand, Hissting said. ”If the corresponding demand exists, more GMO-free fodder crops will of course also be grown in other regions in the future.​ ​