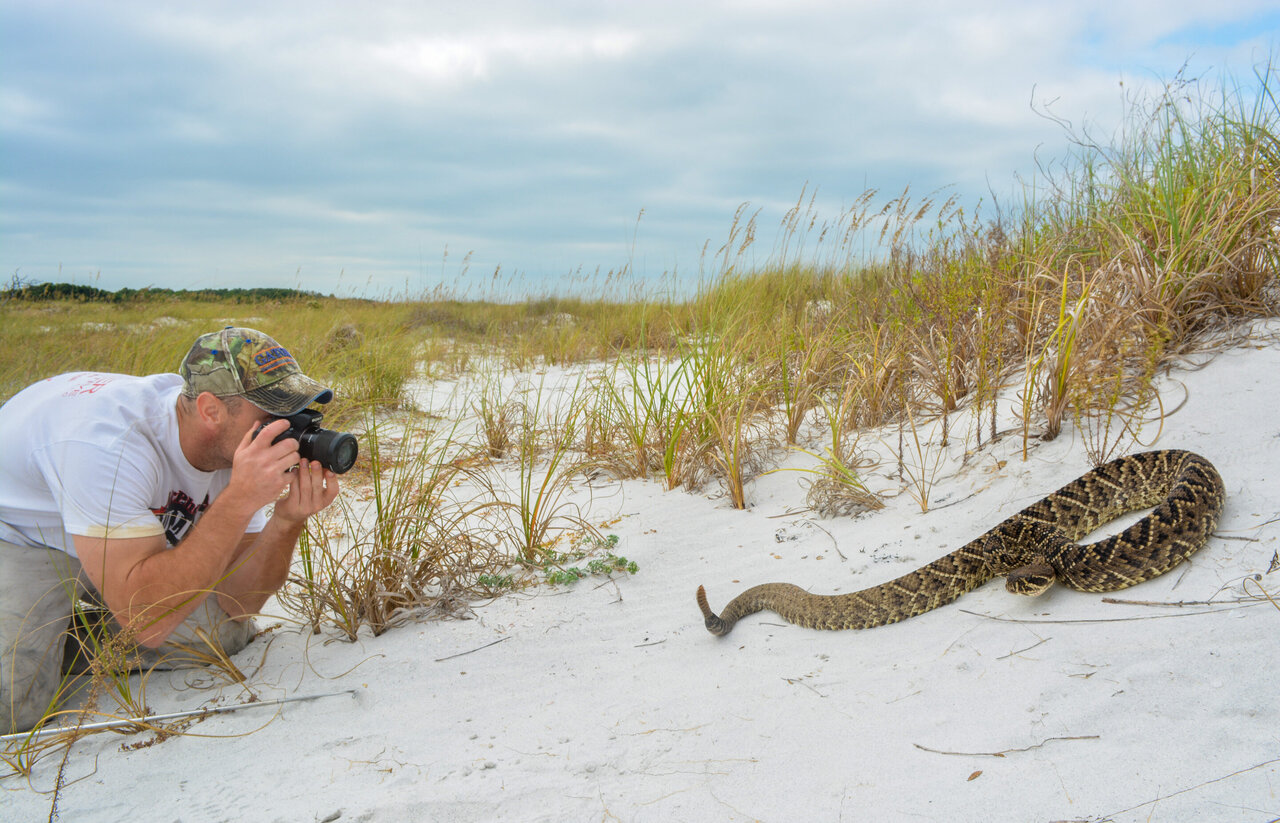 The tiger rattlesnake has the simplest, yet most toxic venom of any rattlesnake species, and now new research from a team led by a University of South Florida biologist may explain the genetics behind the rattlesnake. fearsome bite of the predator.

Published in the new edition of Proceedings of the National Academy of Sciences, USF Department of Integrative Biology Assistant Professor Mark Margres and colleagues in the southeastern United States sequenced the genome of the tiger rattlesnake to understand the venom trait genotype. Despite the simplicity of Tiger Rattlesnake venom, Margres says it is about 40 times more toxic than the venom of Eastern Diamondback Rattlesnakes here in Florida.

Their work is the most comprehensive characterization of the venom gene regulatory network to date, and its identification of key mechanisms in the production of the particularly toxic venom will help scientists explain a wide range of genetic questions.

“Simple genotypes can produce complex traits,” Margres said. “Here we showed that the opposite is also true: a complex genotype can produce simple traits.”

Margres collaborated with colleagues from Clemson University, Florida State University and the University of Southern Alabama on the project, which aimed to explain whether trait differences are derived differences in the number of genes, their sequence or the way they are regulated. Their work is only the second time a rattlesnake genome has been decoded.

An organism’s genotype is the set of genes it carries, and its phenotype is the set of its observable characteristics, which can be influenced by its genes, the environment it lives in, and other factors. Evolutionary biologists strive to understand how genes influence phenotype variation among otherwise similar organisms. In this case, they examined why different rattlesnake species differ in venom composition and toxicity.

Tiger rattlesnakes are native to the Sonoran Desert in southern Arizona and northern Mexico, where the relatively small pit viper feeds on lizards and rodents. While some species of rattlesnakes have complex venoms that are the result of dozens of genes, Margres said the tiger rattlesnake’s venom is quite simple: only 15 of its 51 toxin-producing genes actively drive the production of proteins and peptides. that attack its prey. nervous system, lowers blood pressure and causes blood clotting to stop.

The team found that the number of venom genes far exceeds the number of proteins produced in the simple phenotype, indicating that a complex process was at the heart of toxic venom and that the tiger rattlesnake even has toxic genes to spare.

“Only about half of the genotype’s venom genes were expressed,” Margres said. “For me, the interesting part is why are the unexpressed genes still present? These genes can produce functional toxins, but they just don’t. This needs to be explored further.”

Beyond understanding this single species of venomous snake, Margres said the research will help advance genetic science by showing the techniques most commonly used in genetic research on mice and fruit flies, organisms often used in genetic studies, can also work when applied to less-studied organisms like snakes. The team used genetic sequencing techniques that are common in human genetics research, and in doing so, opened the door for scientists to understand the genotype-phenotype relationship in many other organisms.

Another potential side benefit of the research, Margres said, is that snake venom is used medicinally for humans to fight strokes and high blood pressure. The more scientists understand about venom, the better medical engineering can apply that knowledge to drug discovery and development.

Provided by the University of South Florida