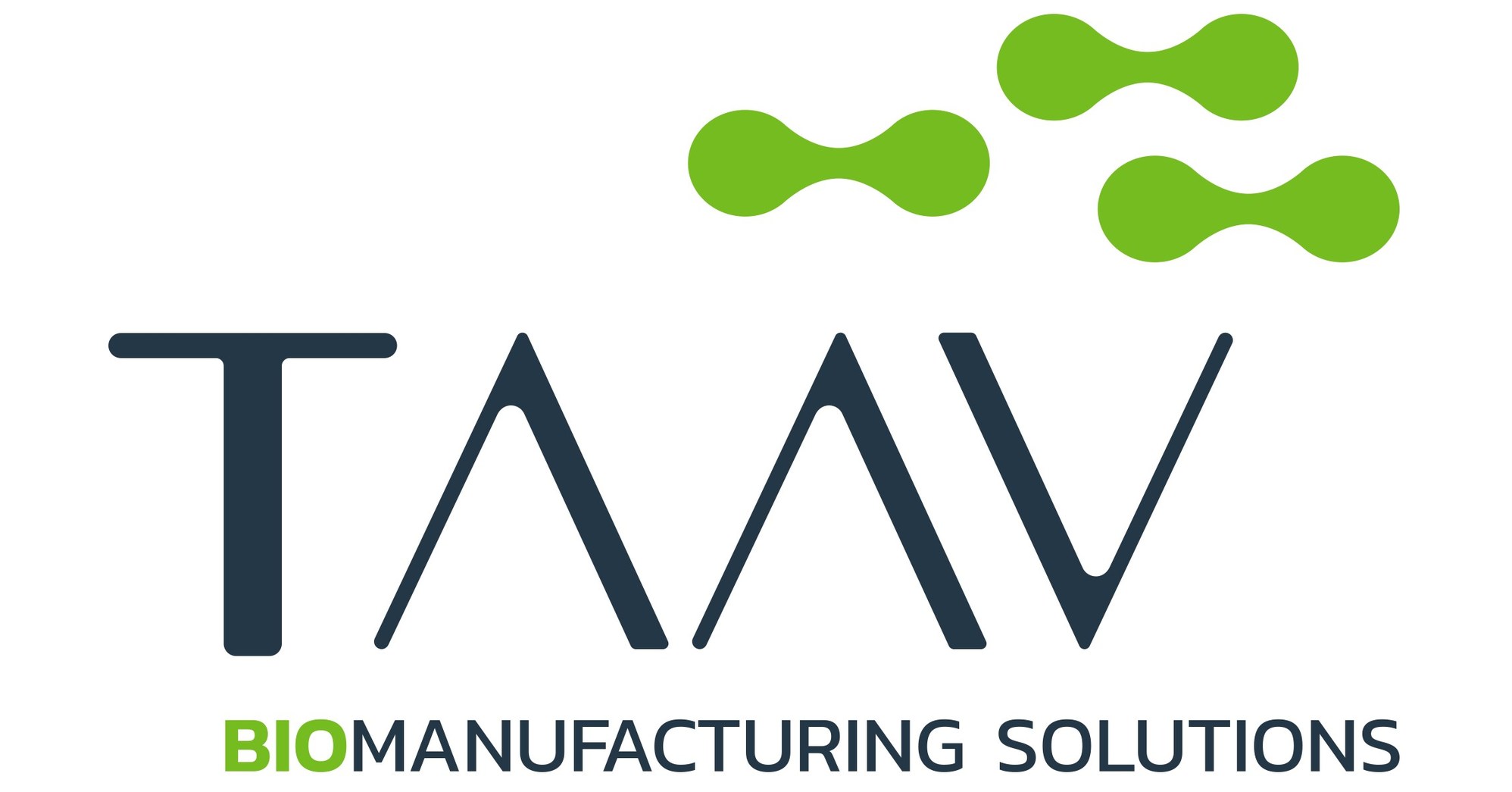 SAINT SEBASTIAN, Spain, September 27, 2022 /PRNewswire/ — TAAV Biomanufacturing Solutions, SL (TAAV) today announced the first planned use in a clinical trial of doggybone DNA™ (dbDNA™) manufactured by the company1, a precision engineered synthetic DNA material. The dbDNA™ produced by TAAV is a component of a gene therapy candidate from Asklepios BioPharmaceutical, Inc. (AskBio) for the treatment of early-stage Huntington’s disease, which was recently approved by France National Agency for the Safety of Medicines and Health Products (ANSM) for an upcoming Phase I/II clinical trial.

“The success of this first clinical trial involving the dbDNA™ manufactured by TAAV would mark an important milestone for TAAV and bring us closer to the commercial validation of this revolutionary technology,” said Alfredo Martinez, COO of TAAV. “The clinical success of this first treatment would put us on the path to potentially increased access to this gene therapy with safer and more efficient DNA material that can be produced faster, in much higher volumes and at lower cost. We look forward to this and to doing the same for others in the future.”

The synthetic manufacturing process consistently produces large quantities of dbDNA™ in reduced times, which can be measured in days versus the months that are typical when producing plasmid DNA. Additionally, since dbDNA™ does not contain a plasmid backbone, it significantly reduces the risk of introducing bacterial DNA sequences to patients, thereby improving the overall quality of gene therapy products.

“We knew early on that manufacturing at scale and at the lowest possible cost would be key to realizing the full promise of gene therapies,” said Sheila Mikhail, CEO and co-founder of AskBio, the parent company of TAAV. “Products like dbDNA™ could transform how AskBio and others effectively increase the availability of AAV therapies, creating a new industry standard for manufacturing transfection-based AAV therapies.”

TAAV produces dbDNA™ as a lower-cost, higher-yield alternative to plasmid DNA and makes it available to all biotech companies around the world that bring life-changing AAV gene therapies to the clinic.

TAAV Biomanufacturing Solutions, SL (TAAV), a wholly owned subsidiary of Asklepios Biopharmaceuticals (AskBio) and Bayer AG, is a cGMP manufacturer of doggybone DNA™ (dbDNA™), a synthetic DNA material used for gene therapies adeno-associated virus (AAV). . dbDNA™ is manufactured using an enzymatic process and produced in ISO classified production suites in accordance with GMP standards for research, clinical and commercial applications of synthetic DNA in AAV therapeutic vectors. Synthetic dbDNA™ is an alternative to plasmid DNA, commonly used in AAV manufacturing, and leads to higher yields of DNA material. The use of synthetic dbDNA™ material can significantly shorten manufacturing times and facilitate faster production of AAV with an increased safety profile by eliminating residual bacterial plasmid DNA sequences in the AAV product. TAAV was founded in 2020 and became 100% owned by AskBio in 2022. Headquarters, manufacturing facilities and laboratories are located in San Sebastián, Spain. For more information, visit taav.com.