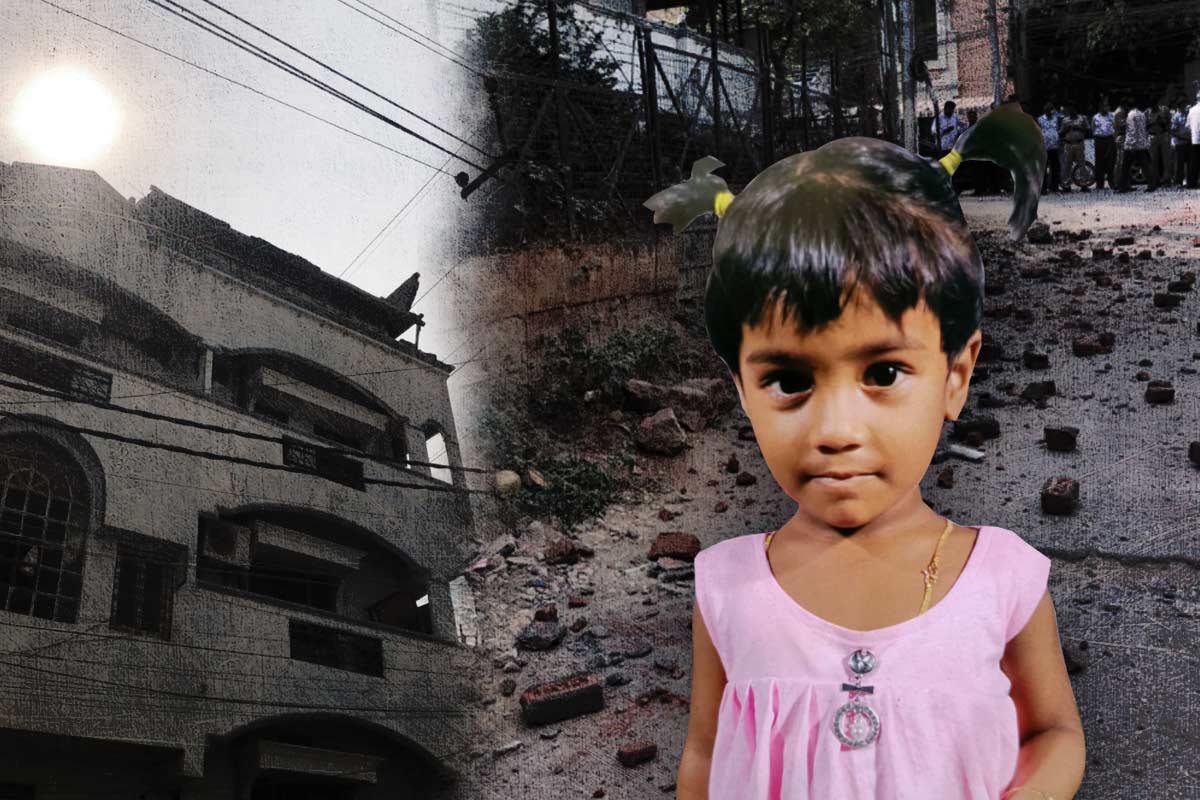 The child was walking down the road with her mother when suddenly building materials fell from the roof of a building on her head, killing her instantly.

A four-year-old girl died in Hyderabad when building materials from the roof of a three-storey building fell on her head on Tuesday April 5. The child, who was identified as Sharon Dhitya, walked past the building with her. mother when suddenly building materials like bricks and cement blocks fell to the ground, some crashing on her head. It was only after his death that authorities realized that the structure being built on the roof was being built without permission and therefore illegal.

The incident happened at Sathavahana Nagar of Kukatpally on Tuesday afternoon. The child was walking with her mother Mary, when the building material fell on her, killing her instantly. His mother, who was also injured, was transferred to Prathima Hospital in Kukatpally.

According to authorities, the owner of the building, believed to be called Srinivas Yadav, said he was building a water tank on the roof of the building. However, visuals show that a suitable room or accommodation was being built, which authorities said was illegal.

In a tweet, an assistant town planner from the Greater Hyderabad Municipal Corporation (GHMC) in Kukatpally said the illegal structure has now been demolished and a criminal case will be filed against the owner of the house as well as the contractor who was carrying out the construction. without proper permission from the authorities.

Recently, on March 16, the Telangana High Court expressed its dissatisfaction with the delay in setting up courts to deal with illegal constructions in Hyderabad and other parts of the state.

The material that could save industries heat – ScienceDaily