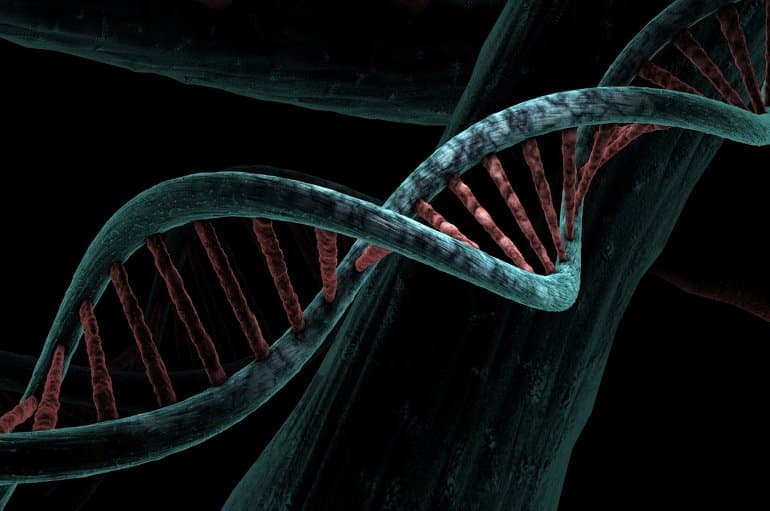 Summary: Genetic factors are responsible for childhood anxiety and depression that persist into adulthood.

According to researchers from the University of Queensland, hereditary factors are partly responsible for childhood anxiety and depression that persists into adulthood.

In the largest study of its kind in the world, the genetics of 64,641 children, ages 3 to 18, were analyzed using longitudinal data from the Early Genetics and Lifeforce Epidemiology consortium.

Professor Christel Middeldorp, who holds a joint position with the UQ Child Health Research Center and Children’s Health Queensland, said the study showed children who had similar levels of anxiety and depression also genetically resembled each other.

“These findings are important because they help identify those most at risk of symptoms persisting throughout life, so that intense treatment can be provided if needed,” Professor Middeldorp said.

This is the first time that researchers have conducted such a large-scale study examining the role of genetics in repeated measures of anxiety and depression in children.

Professor Middeldorp said genetic variants needed to be studied because they increased the risk of recurrence and co-occurrence with other disorders.

“We found that this co-occurrence is also due to genetic variants,” said Professor Middeldorp.

Genetics accounts for about 40% of a person’s risk for anxiety and depression, with environmental factors accounting for the rest.

Professor Middeldorp said that while everyone can feel anxious or depressed from time to time, some people are better able to adapt to life’s circumstances.

“People with an anxiety disorder ruminate on their situation, preventing them from moving on,” she said. “There is a difference in how people respond to stressors, and part of that difference is genetic.”

About this genetics and mental health research news

Study the genetic architecture of internalizing symptoms in childhood and adolescence.

In 22 cohorts, multiple univariate genome-wide association studies (GWAS) were performed using repeated assessments of internalizing symptoms, in a total of 64,561 children and adolescents aged 3 to 18 years. Results were aggregated in meta-analyses that accounted for sample overlap, first using all available data and then using subsets of measures grouped by rater, age, and instrument.

The additive genetic effects on internalizing symptoms appeared to be stable over age, with overlapping estimates of the heritability of SNPs from infancy through adolescence. Genetic correlations have been observed with anxiety, depression and the spectrum of well-being in adults (|rg| > 0.70), as well as with insomnia, loneliness, attention deficit/hyperactivity disorder, autism and childhood aggression (range |rg| = 0.42-0.60), while there were no robust associations with schizophrenia, bipolar disorder, obsessive-compulsive disorder, or anorexia nervosa.