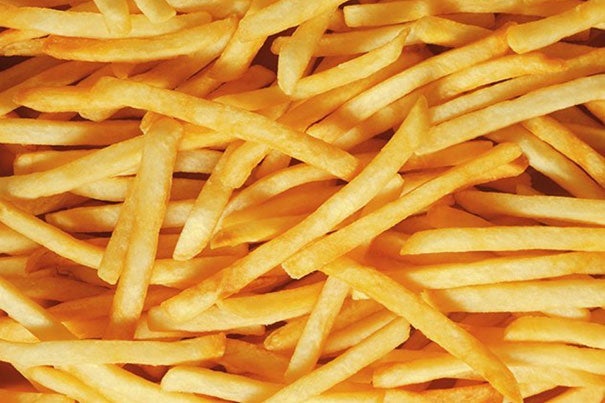 The first study showing that the adverse effects of fried foods can vary depending on an individual’s genetic makeup has been published today.

People with a genetic predisposition to obesity have a higher risk of obesity and chronic diseases related to the consumption of fried foods than those with a lower genetic risk, according to the study led by Harvard researchers. School of Public Health (HSPH), Brigham and Women’s Hospital. and Harvard Medical School (HMS).

“Our study shows that a higher genetic risk for obesity may amplify the adverse effects of fried food consumption on body weight, and high intakes of fried foods may also exacerbate deleterious genetic effects,” said Lu Qi, lead author and assistant professor in the Department of Nutrition at HSPH and Brigham and Women’s Hospital and Harvard Medical School

The study appeared online today in the British Medical Journal.

The researchers analyzed data from 9,623 women in the Nurses’ Health Study, 6,379 men in the Health Professionals Follow-Up Study and 21,426 women in the Women’s Genome Health Study. Participants completed food frequency questionnaires that asked how often they ate fried foods at home and outside. Body mass index (BMI) and lifestyle factors, such as physical activity, were also assessed. Genetic risk scores were calculated based on genetic variants associated with BMI.

The results showed that regular consumption of fried foods was associated with a higher BMI, after controlling for other diet and lifestyle factors. Additionally, the study showed that the association between overconsumption of fried foods and obesity was particularly pronounced in people with a greater genetic predisposition to obesity. On the other hand, the genetic effect on BMI in those who ate fried foods more than four times a week was about twice as great as in those who ate it less than once a week.

“Our results indicate that the genetic risk of obesity could be mitigated by simply changing a dietary habit,” said Frank Hu, co-author and professor of nutrition and epidemiology at HSPH. “From a public health perspective, everyone should be encouraged to adopt healthy eating habits, not just those who are genetically predisposed.”

This study was supported by grants from the National Institutes of Health, with additional support for genotyping from Merck Research Laboratories.

Study: Autism has a strong genetic link in mice