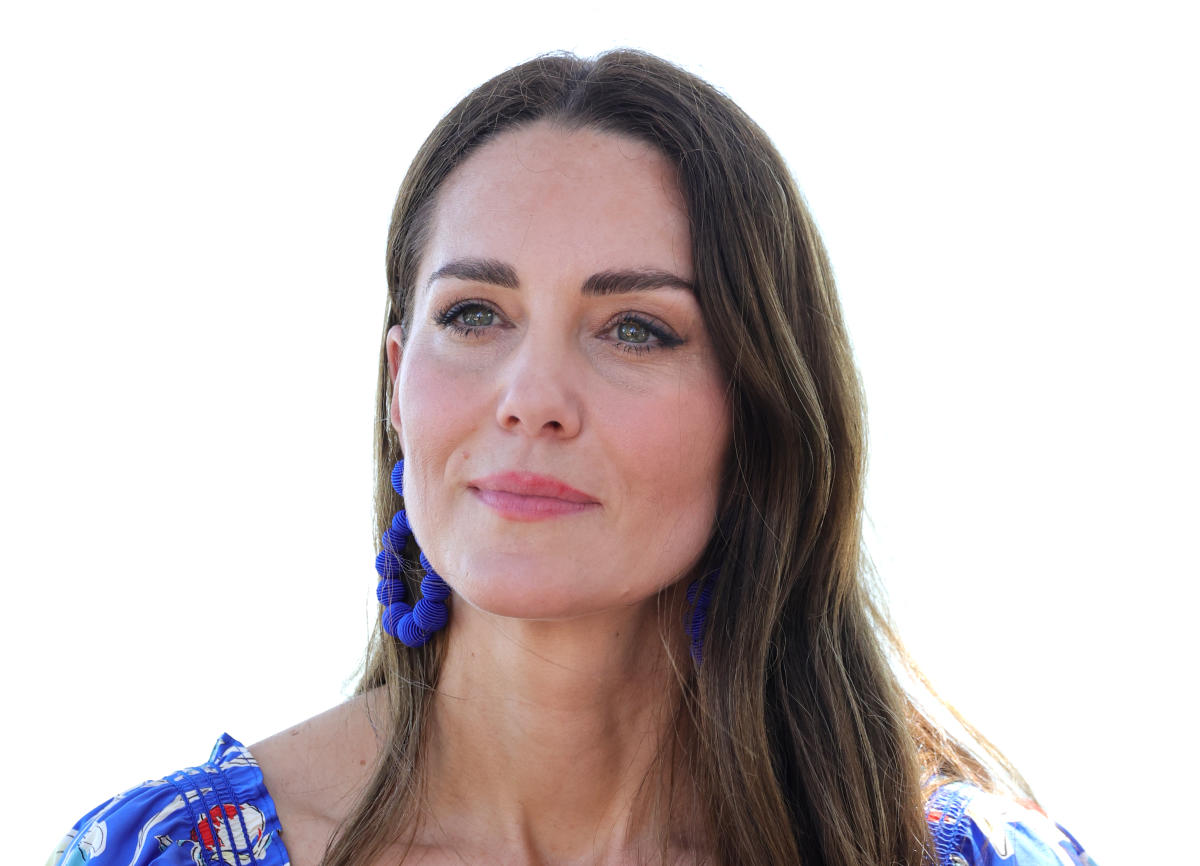 A gene has been found to be the main cause of the same serious morning sickness condition that the Duchess of Cambridge suffered from in a ‘breakthrough’ study.

Finding a cause for this often misunderstood and debilitating disease now offers hope for new treatments for the one to three out of every 100 pregnant women who experience its debilitating effects.

Hyperemesis gravidarum (HG) is much worse than normal pregnancy symptoms, with much more severe nausea and vomiting. It has been linked to an increased risk of pregnancy termination, premature birth, suicidal thoughts and post-traumatic stress disorder, as reported in a recent study.

Most people who have HG in their first pregnancy will see it again if they have more babies. Kate, 40, suffered from it during her three pregnancies with George, eight, Charlotte, six, and Louis, three, and ended up having to be hospitalized.

Appearing on Giovanna Fletcher’s Podcast, Good mama, good baby, Kate once said, “I have really bad morning sickness, so I’m not the happiest of pregnant women.”

She added: “A lot of people have it much worse, but it was definitely a challenge. Not just for me, but also for your loved ones around you – and I think that’s the problem – being pregnant and having a newborn baby and stuff like that impacts everyone in the family.”

Many past theories have attempted to label the condition as “psychological” or an “extreme reaction” to normal morning sickness, overlooking its severity and preventing progress with effective treatments.

This explains why the groundbreaking new evidence – as published in BJOG: An International Journal of Obstetrics and Gynecology – is so important. He found abnormalities in a specific gene linked to being the primary cause of HG.

Pregnancy Sickness Support Program Chair and Nurse Specialist Dr Caitlin Dean said of the research: “This is a very exciting development for the millions of people whose lives are affected by the horrific condition. hyperemesis gravidarum.”

“By understanding what causes the disease, we get closer to a cure, rather than the current ineffective treatments we have that only serve to mask the symptoms a bit.

Dr Dean added: “Knowing that there is a biological reason for their suffering is also hugely empowering for people who are frequently dismissed when they seek help.”

In the pioneering study, researchers compared the genes of 926 women with HG pregnancies with 660 women with normal levels of nausea and vomiting during pregnancy.

They discovered one gene in particular that behaved slightly differently – a hormone present in high levels in the placenta. The cellular stress hormone “GDF15” acted abnormally sending extreme nausea signals to the brain.

Besides being linked to HG, it has also been found to be linked to the cause of cancer cachexia, a wasting syndrome (causing a complex change in the body) which also causes weight loss, malnutrition and wasting. of appetite.

With clinical trials underway for cachexia drugs that block the GDF15 signaling pathway, there is potential for treatments to reduce nausea and weight loss — and similar drugs may also benefit HG patients.

Watch: Why Nausea Strips Are Essential When Traveling

Dr Marlena Fejzo, a researcher at the Keck School of Medicine at the University of Southern California, said: “For generations HG was thought to be either psychological in nature or caused by the pregnancy hormone hCG, so this breakthrough takes us in a new direction.

“Our study provides compelling evidence that abnormalities in the GD15 gene and the protein it encodes are the primary cause of HG.”

So what does this mean for sufferers nationwide? “Providing clinicians and patients with an evidence-based cause for HG can lessen historical stigma and enable patients to be taken more seriously, resulting in improved care and better mothers and babies. health,” added Dr Fejzo.

“HG patients and their babies can suffer tremendously and this study provides long-awaited progress towards understanding the disease.”

Signs and symptoms of HG include prolonged and severe nausea and vomiting, dehydration, weight loss, and low blood pressure (hypotension) on standing. Unlike normal pregnancy sickness, HG does not always improve between 16 and 20 weeks and may not go away completely until after the baby is born.

It is important to seek medical advice and help from your GP or midwife as soon as possible if you have severe nausea and vomiting.