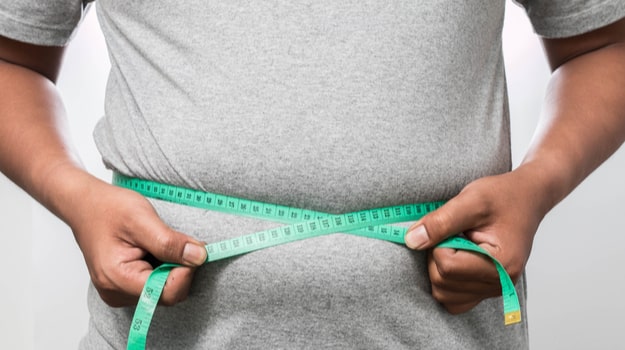 Obesity is implicated in multiple diseases that are causing health care costs to skyrocket. It’s not just a problem for the United States or Western society either. Obesity is a global epidemic that affects adults and children alike.

A recent study in Science shed new light on the issue by assessing nearly 650,000 exomes from the UK, US and Mexico and identifying those with strong implications for body mass or obesity. Specifically, the research team discovered 16 rare coding variants that were strongly associated with obesity (a Body mass index 30 or more) and identified one – GPR75 – as a potential target for anti-obesity therapies.

GPR75 is one of five G protein coupled receptors that are expressed in the brain and affect body mass or obesity. (The others are CALCR, MC4R, GIPR, GPR151.) Although the researchers noted an overrepresentation of highly expressed genes in the hypothalamus, the protein truncating variants in GPR75 were prevalent at a ratio of only 4 per 10,000 people sequenced. , which makes them rather rare.

Digging deeper, the researchers found that GPR75 was associated with a 54% lower risk of obesity. People in whom it was highly expressed had a BMI of 1.8 kg / m2 lower and weighed 5.3 kg (almost 11.7 pounds) less than those without this receiver. (BMI is calculated by determining a person’s weight in kilograms divided by the square of their height in meters.)

In mice on a high fat diet, elimination of GPR75 resulted in weight gains 44% lower than in wild type mice. Knockout mice also had better glycemic control and better insulin sensitivity than the wild type. Variants truncating GIPR proteins and two missense alleles were also linked to resistance to obesity.

The research team was made up of 62 scientists from around the world and was led by Parsa Akbari from Regeneron and Ankit Gilani from New York Medical College.

The repercussions of these findings could one day be profound, given the enormity of the situation. The World Health Organization (WHO) says obesity has triple since 1975, for children as well as for adults. Globally, nearly half of obese children under five live in Asia. Even in Africa, obesity has increased by almost 24% among children under five.

In the United States, according to the Centers for Disease Control & Prevention (CDC), more than 43% of adults were considered obese in 2018. Much like waist circumference, the tendency to be overweight appears to be increasing and is contributing to the increase in heart disease, stroke, type 2 diabetes, and some cancers. In fact, the CDC says obesity is the leading cause of preventable premature death in the United States

It also represents a significant portion of health care costs. Current data is scarce, but a headline-grabbing estimate in 2012, in the Journal of Health Economics, total health care spending related to obesity, including time lost at work, was $ 190 billion. This is double the 2005 estimates.

With such predictions, obesity is a particularly relevant research topic as researchers look for ways to regulate fat production in the body. For example, another recent Science report focused on energy storage in cells.

A to study led by Nehemiah Cox at Memorial Sloan Kettering Cancer Center discovered that adipose resident macrophages appear to use a conserved mechanism to regulate energy storage in adipocytes. His team found that “a macrophage-derived growth factor, Pvf3, and its receptor on body fat cells are needed for lipid storage in fruit fly larvae.” This finding also applied to mice and to the Pvf3 ortholog, PDGFcc.

When PDGFcc (which mice need to store fat) was blocked, the mice ate and absorbed food normally, but they used more energy. The reason, wrote Cox and his colleagues, was in part due to the improved thermogenesis of brown adipose tissue. This finding may ultimately contribute to research on ways to fight obesity.

Comment On the implications of this work, Conan JO O’Brien and Ana Domingoes, both of the University of Oxford, explained that â€œmacrophages derived from recruited monocytes have long been implicated in the promotion of adipose tissue inflammation. and metabolic diseases associated with obesityâ€¦ but a definite definition The role of macrophages residing in adipose tissue in energy storage has remained elusive. This study introduces a new paradigm centered on macrophages in the energy storage of metazoans. “

Given the growing global population trend and resulting health problems, it’s no wonder researchers are eager to understand the role of genetics in the incidence of obesity.