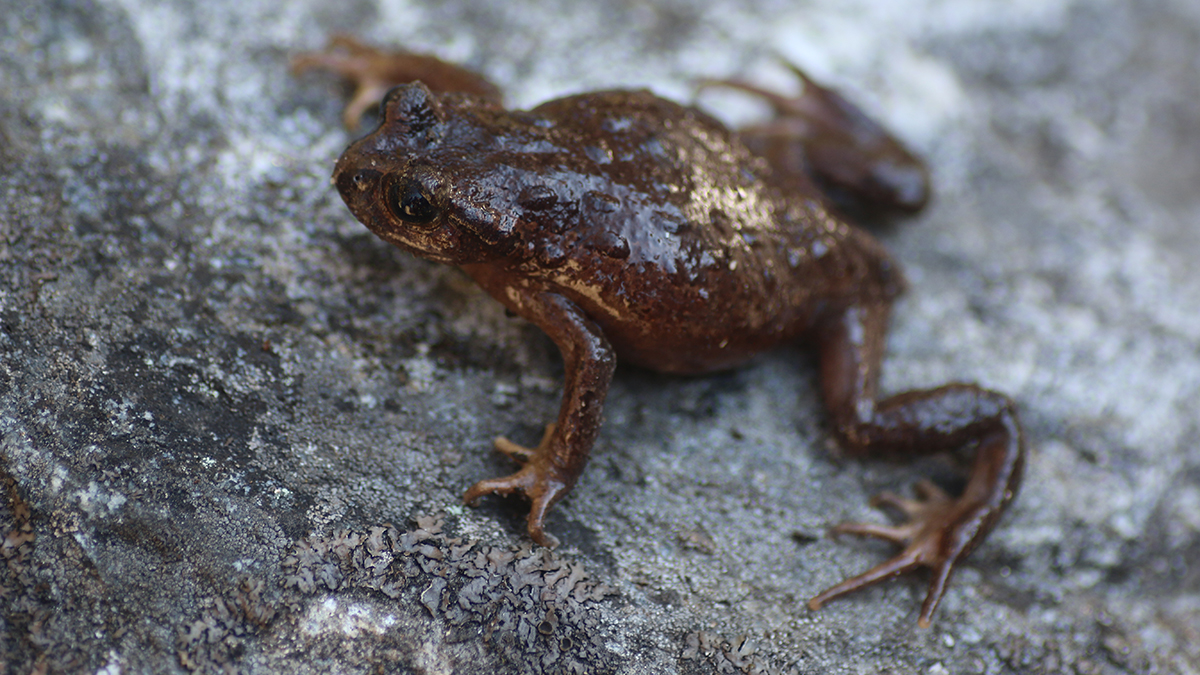 In the summer of 2015, a team of researchers led by wildlife biologist Janak Khatiwada ventured upstream along the banks of the Arun River for nearly four weeks, into the high mountains of the Kanchenjunga Conservation Area. in Nepal. The purpose of their expedition was to study the distribution of herpetofauna (reptiles and amphibians) in eastern Nepal. This meant spending nights flipping rocks on the riverbanks, identifying and sometimes collecting specimens. One night in the Ghunsa area of â€‹â€‹Taplejung District, the team found an unusual frog.

Based on the toxin-secreting glands on its back, the hidden eardrum (auditory organ), and non-webbed fingers, Khatiwada knew that the frog was a species of the genus. Scutiger, but he was not sure of the species. The team captured and preserved a few specimens.

Back in the lab, Khatiwada and his team extracted the frog’s DNA from the preserved muscle tissue, then sequenced and amplified the gene. The typical threshold for genetic difference between two distinct species is 2%. This frog showed a genetic divergence of 10-11% from the other two Scutiger known species from Nepal, revealing that it is a new species.

â€œThat’s what DNA data does,â€ Khatiwada said. â€œThis reduces nearly 90% of our identification workload. “They named the species Scutiger ghunsa, in the hope that it “sensitizes [among] local people for conservation, â€he said.

The Himalayas are one of the most biodiverse regions in the world. As mountains have evolved, their geology has created a variety of habitats and climates – separated by the natural boundaries of ridges and valleys – leading to the evolution of a great diversity of species. Evolution is an ongoing process: some clearly distinct populations may be on the verge of splitting into new species but still be genetically closely related, while others may be much more genetically distinct than their similar appearance suggests. Genetic identification can be a valuable tool in uncovering the Himalayan’s hidden biodiversity – and a crucial step in preserving it.

Not one panda species, but two?

Until 2020, red pandas, found from Nepal to southwestern China, were generally considered to be a single species.. Based on the differences in the size of the skull, tail rings, and coat color, many researchers had suspected that there may in fact be two species of red panda. But these differences were not convincing enough to warrant a taxonomic review.

In biology, taxonomy refers to the scientific classification of living things, which are grouped together according to their evolutionary relationships. In the dominant taxonomy, a single species is grouped together with closely related species in a genus; related genera are then grouped into a family, and so on.

Realizing this discrepancy, in early 2020, Arjun Thapa and his colleagues at the Chinese Academy of Sciences performed a comprehensive genome sequencing analysis of 65 wild red pandas, spanning the panda’s entire geographic range. The resulting study suggested that there are indeed two distinct species of red panda – the Himalayan red panda and the Chinese red panda.

Beyond the issue of species separation, the study highlights another value of genetic science: exposing hidden threats. The analysis revealed low genetic diversity in the Himalayan red panda, potentially increasing its risk of extinction. In the face of new epidemics, for example, evolution will favor populations capable of adapting, leaving populations without genetic diversity very vulnerable.

â€œThere is an urgent need for us to do an appropriate IUCN assessment for both species based on recent findings,â€ Thapa said.

The shape of the yew

The results of genetic studies are not always universally accepted. In the early 2010s, when Ram Chandra Poudel, senior scientist at the Nepalese Academy of Science and Technology, set out to map the condition and distribution of yew trees across Nepal, he discovered a previously unknown species. in the country : Taxus mayor or the mayor’s yew. Poudel and his colleagues examined conifer morphology (size, shape, and structure), climatic data, and genetic markers to confirm that the trees were not either of the two previously known yew species in Nepal. They published the results in a peer-reviewed journal.

However, the Plant Resources Department (DPR) and a few senior botanists in Nepal continued to view the Poudel population identified as another Eastern Himalayan yew variety, Taxus wallichiana, depending on its morphology.

â€œI find the reluctance of seasoned taxonomists quite irrational,â€ said Poudel, â€œbecause even local fishermen and traders easily differentiate the morphological and ecological difference between species. The species is critically endangered in Nepal, with less than 500 mature trees remaining, and needs an urgent conservation action plan in the face of increasing overexploitation, argued Poudel.

Some parts of the yew contain a compound that can be used to treat cancer; this underlines the importance of preserving plant diversity. 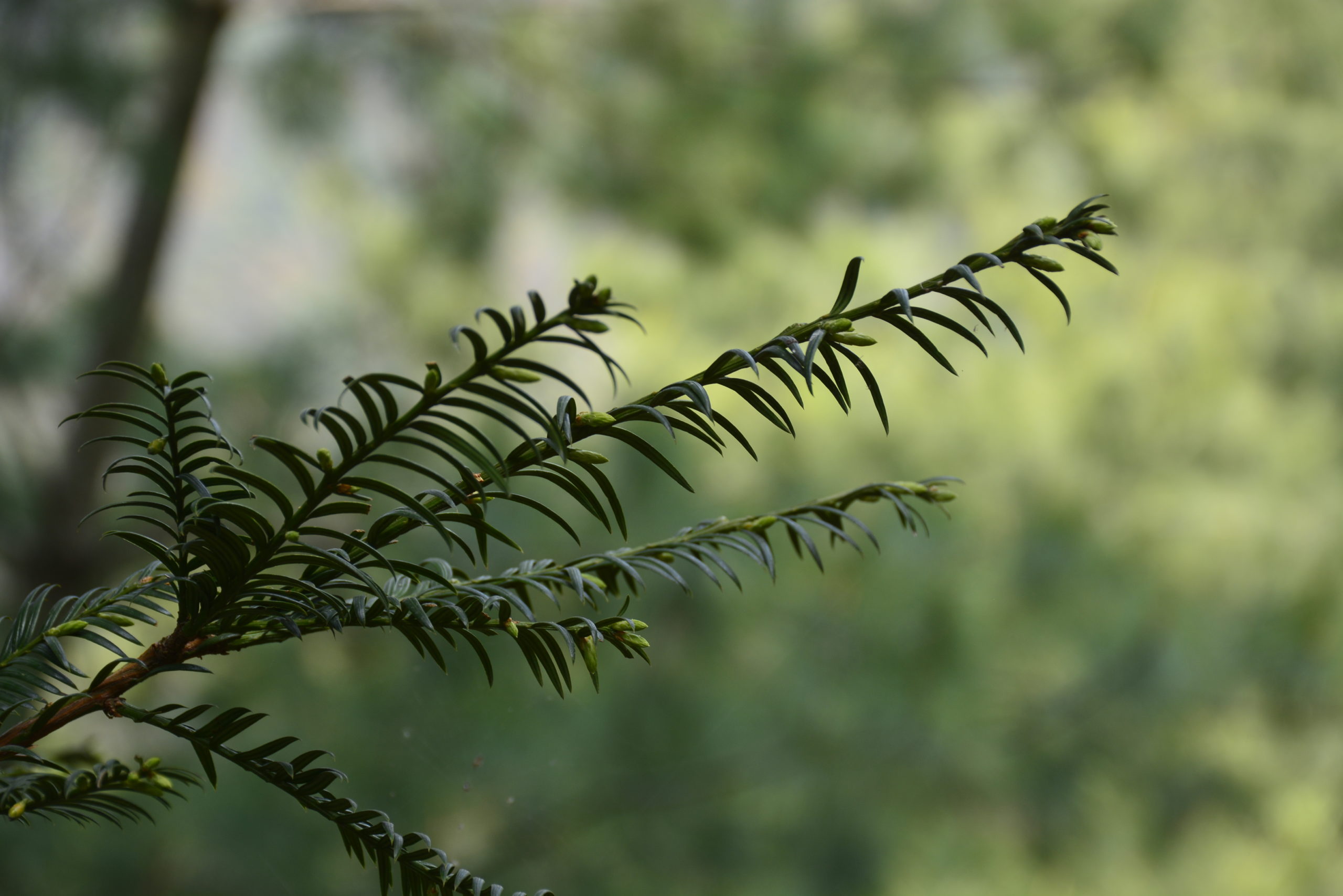 Why genetic science is important for conservation

Obtaining â€œspecies statusâ€ can have important implications for the conservation of a population. The â€œdiscoveryâ€ of a â€œnew speciesâ€ through a genetic study, even if the population was already known, can generate significant media interest. This can translate into increased engagement on the part of policymakers, environmentalists and local communities.

In addition, many conservation frameworks are linked to the notion of species. National wildlife laws in Nepal and many other countries grant different levels of protection to different species. For example, if a species is placed on a â€œprotectedâ€ list, it could criminalize its killing or disturbance, or mean that its habitat cannot be destroyed. An endangered population receiving the status of â€œspeciesâ€ could open up the possibility of its inclusion on such a list, rather than being considered as a mere form of an otherwise unprotected species.

Likewise, the Red List of the International Union for the Conservation of Nature (IUCN) – the global database of endangered wild animals and plants – focuses primarily on the level of species to assess threats to biodiversity. global. When data on the distribution, population size and threats to a species becomes available, IUCN scientists periodically review the threat status of each species to inform and prioritize conservation actions. While the frog Scutiger ghunsa, described by Khatiwada and his team, is not yet on the IUCN Red List, their work at least laid the groundwork for its assessment.

However, Khatiwada warns, official recognition and appropriate conservation plans for the species face uncertainty as Nepal lacks dedicated herpetologists who could catalog its basic demographic information.

The three levels of biodiversity

The diversity of species refers to the variety of different species of plants, animals, fungi and microorganisms.

Genetic diversity refers to the variety of genes contained in different species and within the same species. Sometimes the genetic diversity of a species is very obvious: for example, Poodles, German Shepherds, and Golden Retrievers are all domestic dogs, but look very different in appearance.

Diversity of ecosystems refers to all the life held in different habitats, be it tropical or temperate forests, hot and cold deserts, wetlands, rivers, mountains and coral reefs. Each ecosystem is a series of complex relationships between biotic (living) components such as plants and animals, and abiotic (non-living) components that include sunlight, air, water, minerals and nutrients.

â€œThe incorporation of genetic data for taxonomic identification has been going on for almost five decades in the West,â€ said Uma Ramakrishnan, molecular ecologist at the National Center for Biological Sciences in Bangalore, India. There is now an explosion of such studies in South Asia “because we were late in incorporating it and now trying to catch up.”

IUCN Red List assessments are currently based on data such as population size and distribution, but not genetic diversity. In a co-authored article, Brittany Garner, a conservation biologist at the University of Montana, USA, argued that if the list included data on genetic diversity, many species would be granted a more critical status. In 2020, the IUCN Congress adopted a motion calling for greater consideration of genetic diversity in IUCN planning and action.

The IUCN database is huge and its committees include thousands of scientists from all over the world. Changing something so big that’s been going on for so long is “not that simple,” Garner told The Third Pole, “because the Red List was designed before the idea of â€‹â€‹infusing genetic data for them. evaluations â€. But given a rapidly changing environment, genetic assessment could help look at a species’ future vulnerability and how it might adapt and evolve, she said.

Garner argues that countries should not always wait for IUCN assessments before writing conservation action plans for vulnerable species. â€œIUCN will always be late to catch up with what is happening on the ground,â€ she said, adding that for newly identified species that are threatened, local agencies, governments and researchers should actively collaborate to better conservation.

As parts of the conservation world struggle to keep pace with genetic science, some findings are informing conservation actions in the real world. Based on the findings of Ram Chandra Paudel and his team, the NGO Greenhood Nepal is working to assess the wild population of Mayor’s yew and educate locals on its sustainable harvest.

No matter what name you give it, the tree in the forest is the same and it faces an uncertain future.

â€œGenetic tools are precise in identifying species and they provide better resolution of species diversity to help understand the resilience of wildlife populations to environmental changes. We just need a collective effort to educate decision makers on the necessity and benefits of incorporating these tools into biodiversity conservation and management, â€said Kumar Paudel, director of Greenhood Nepal.

Referring to the vulnerable population of Maire’s yew, Paudel said: â€œNo matter what name we give it, the tree in the forest is the same and the point is, it faces an uncertain future. “