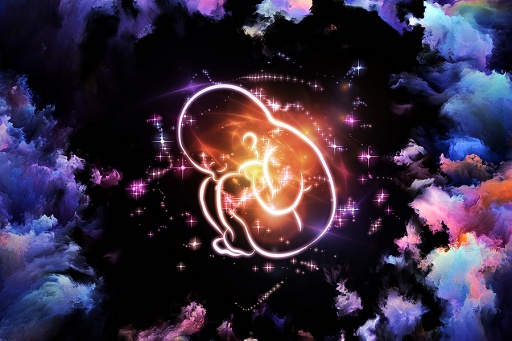 BUFFALO, NY – A new study delves into the evolutionary history of pregnancy, identifying hundreds of genes that evolved to be turned on or off in the womb of humans early in pregnancy, unlike a range of others animals.

The suite of genes identified includes those believed to contribute to cell-to-cell communication, regulation of immune response and inflammation, and the ability of the human placenta to burrow deep into the uterine wall. These functions are important to the health of a pregnancy, during which the mother must harbor and coexist with a fetus containing foreign cells.

The findings help shed light on what makes human pregnancy unique — an intriguing question, because human pregnancy is quite unusual compared to pregnancy in many other animals, says Vincent Lynch, PhD, associate professor of biological sciences at the University. of Buffalo College of Arts and Sciences, and the lead author of the article.

The study was published Oct. 8 in eLife. The research was led by biologists Katie Mika, PhD, and Mirna Marinić, PhD, of the University of Chicago; Manvendra Singh, PhD, at Cornell University; and Lynch at UB. Co-authors included Joanne Muter, PhD, and Jan Joris Brosens, PhD, from University Hospitals of Coventry & Warwickshire and the University of Warwick.

Data from the project could lay the groundwork for future studies aimed at understanding, preventing and treating various adverse pregnancy outcomes, demonstrating the power of the emerging field of evolutionary medicine.

Research has compared gene activity in the womb lining of humans to that of other animals during pregnancy or while carrying eggs, including lizards, birds, monkeys and marsupials, and the platypus. The study identified hundreds of genes that gained or lost uterine expression in the human lineage, focusing on the first trimester of pregnancy.

As the study reports, genes that have evolved to be turned on and off in the human uterus are “enriched with immune functions, signaling processes, and genes associated with adverse pregnancy outcomes such as infertility, ‘recurrent spontaneous abortion, pre-eclampsia and preterm birth’. Among these genes are those that may contribute to a previously unknown maternal-fetal communication system (HTR2B), increase maternal-fetal immunotolerance (PDCD1LG2, also known as PD-L2), and promote vascular remodeling and deep placental invasion (CORIN).

“Our paper really highlights the useful role of evolutionary techniques in translational research,” says Mika, a postdoctoral fellow in the Department of Human Genetics and the Department of Organismal Biology and Anatomy at the University of Chicago. “The three genes we have identified (HTR2B, PDCD1LG2 and CORIN) will advance work on signaling systems at the crucial mother-fetus interface, which impacts the success and health of a pregnancy.”

“I was particularly intrigued by our finding that the recruited genes were enriched in a serotonin signaling pathway,” says Marinić, a postdoctoral researcher in the Department of Human Genetics and the Department of Organismal Biology and Anatomy at the University of Chicago. “Other researchers have previously highlighted the potential role of serotonin and its derivatives in early labor. I would be curious to investigate further what is the exact molecular mechanism by which serotonin influences the timing of birth.

And although the article shows how evolutionary research can provide essential information for medicine, Lynch says that simple curiosity is one of his main motivations as a scientist: “We just want to know how evolution works. ‘evolution. We are humans, so we want to know why humans are the way we are. Human pregnancy is really weird, so we want to understand what that weirdness is.

Singh, postdoctoral researcher in molecular biology and genetics at Cornell University, also commented on the significance of the findings, noting that, “During human pregnancies, the regulation of immunotolerance remains a puzzle, particularly when invasion embryonic tissue is deeper than in the closest human relatives. It was remarkable to note that over 900 genes are uniquely expressed in human pregnancy. This observation suggests that rewiring the regulatory sequences of these genes altered developmental processes and promoted healthy human pregnancy.

“Digging deeper, we also found that these genes had established functions to regulate immune responses and hormonal controls; for example, a serotonin receptor, mediators of interferon production, etc. Since serotonin is produced and released by the brain, it is tempting to assume that some of these genes might be involved in communicating with the brain during pregnancy. Overall, while this study is of great clinical relevance, it also opens up multiple avenues for research on the mother-fetus interface.

This study was supported by grants from the March of Dimes Chicago-Northwestern-Duke Prematurity Research Center and the Burroughs Welcome Fund Preterm Birth Initiative.