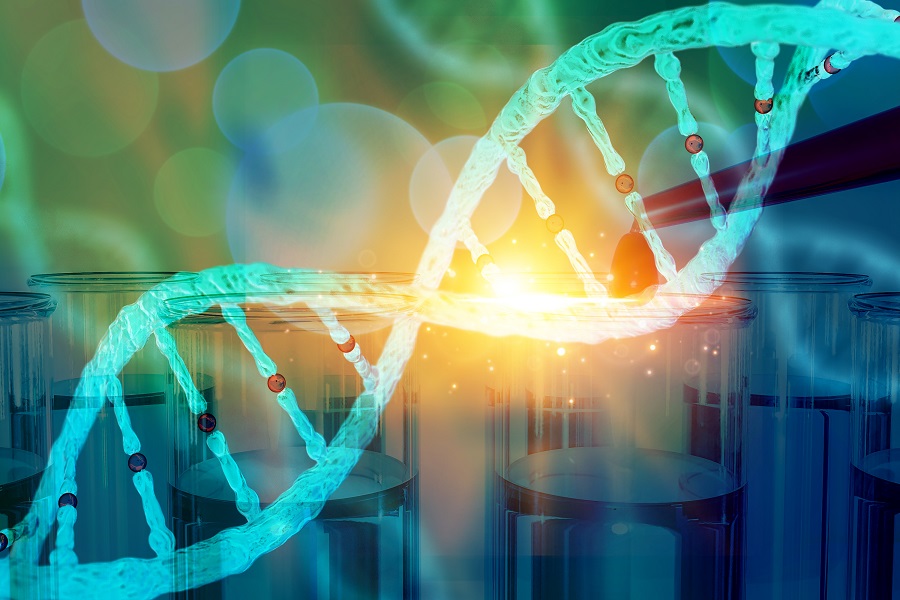 The most comprehensive study to date on genetic diversity in the Middle East has provided insight into the lives of ancient humans who experienced seismic events such as the development of agriculture and the formation of the Arabian Desert .

Researchers at the University of Birmingham and the Wellcome Sanger Institute, along with their international collaborators, have discovered signals in DNA that point to a demographic boom in the Levant coinciding with the transition to agriculture and a population collapse in Arabia as the region dries up.

Published in Cell, this is the first comprehensive population-based DNA study from the Middle East. He used read-linked sequencing, a technique that allowed the team to piece together the history of the region’s population in unprecedented detail. In addition to providing insight into ancient human history, these data will be an important resource for the study of genetic health and adaptations, such as type 2 diabetes and lactose tolerance, in populations of the Middle East. East.

The fate of ancient human populations in the Middle East has been greatly influenced by its technological and climatic history. The area known as the Levant is considered the birthplace of agriculture, while the area known as Arabia is today dominated by the world’s largest sand desert *.

Until about 6,000 years ago, however, Arabia was a much wetter and greener place until the climate began to change and create the desert we see today. Another aridification event about 4000 years ago, one of the most important climatic events of the past 10,000 years, resulted in a phase of aridification in the region **.

So far, the Middle East has received little study in genomics research. Since human diversity and susceptibility to disease vary between populations, the lack of detailed genetic data can exacerbate health inequalities.

In this study, researchers at the Wellcome Sanger Institute collected 137 samples from individuals representing eight Middle Eastern populations *** and sequenced them using read-linked sequencing. The genomic data was then analyzed at the Wellcome Sanger Institute and the University of Birmingham to look for variations in genomes that could be used to map human evolution from 100,000 years ago to the present day.

The team identified 23.1 million variations in the letters of DNA that make up the human genome, known as single nucleotide variations (SNVs). Of these, 4.8 million SNVs were new variants not previously discovered in other populations. While many of them were rare, around 370,000 were common, and any of them could have medical relevance.

This analysis revealed that the human populations of the Levant have experienced massive population growth over the past 15,000 years, which includes the period of transition to agriculture. But the populations of Arabia, who had switched to a herder-gatherer lifestyle, experienced a demographic collapse during the aridification of the region. Around 4000 years ago, the Levantine populations also suffered a collapse when the region dried up.
These population collapses resulted in evolutionary bottlenecks that limited genetic diversity and still have medical relevance to individuals in the Middle East today.

Dr Mohamed Almarri, lead author of the Wellcome Sanger Institute study, said: â€œOur study helps uncover the genetic diversity hidden in the Middle East, which has been largely under-studied so far. In addition to identifying variants that provide fascinating information about the life and adaptation of Middle Eastern ancestors, some of these variants are also important for healthcare in the region today. For example, we have detected variants that were beneficial in the past, but now increase the risk of type 2 diabetes in some Arab groups.

Clues as to how people in the Middle East have adapted to their changing circumstances can be found in their DNA. Those who helped humans adapt to their environment would have been subjected to positive selection and increased in frequency.

Dr Marc Haber, corresponding author of the study from the University of Birmingham, said: â€œAn interesting example of positive selection in our study was a variant associated with the ability to digest lactose in milk beyond l ‘childhood. Over the past 8,000 years, this variant has increased to a frequency of 50% among Arabs, coinciding with the transition from a hunter-gatherer lifestyle to a herder-gatherer lifestyle. This variant is much rarer in the Levant, and almost absent outside the region.

Looking even further back in time, the researchers also found that Arab groups have the lowest Neanderthal ancestry of any known non-African population; instead, much of their ancestry comes from an ancient â€œghostâ€ population that likely did not interbreed with the Neanderthals. This finding lends weight to a recent theory **** about a mysterious “ghost” population that may have left Africa and remained in the Middle East around 60,000 years ago, or remained in Africa until ‘to the disappearance of the Neanderthals.

Dr Chris Tyler-Smith, lead author of the article and alumnus of the Wellcome Sanger Institute, said: â€œRead-linked sequencing provides the resolution that allows reconstruction of the genetic histories of human populations to a level of detail that was previously impossible. Such work provides fascinating stories of our ancient past, will help us better understand the health and genetic diseases of people in the Middle East today, and bring us one step closer to recording all the richness of human diversity. .

* The Levant refers to a region in the northern Middle East, which includes Lebanon, Syria, Jordan, Israel and present-day Palestine. South of this region is the Arabian Peninsula, an area dominated by the Arabian Desert, which includes Oman, Saudi Arabia, Yemen, and the United Arab Emirates (UAE).

** Known as the 4.2 kilometer event, it was so severe that it has been suggested that it caused the collapse of several empires in the region, including the Old Kingdom in Egypt and the ‘Empire of Akkad in Mesopotamia.

*** The term â€œArabâ€ in this study refers to samples from the Arabian Peninsula (Emirati, Saudi and Yemeni), the Levant for Syrians and Jordanians, and Iraqi Arabs and Iraqi Kurds for samples from Iraq .

**** Lazaridis et al. (2016) Genomic insights into the origin of agriculture in the ancient Near East. Nature.