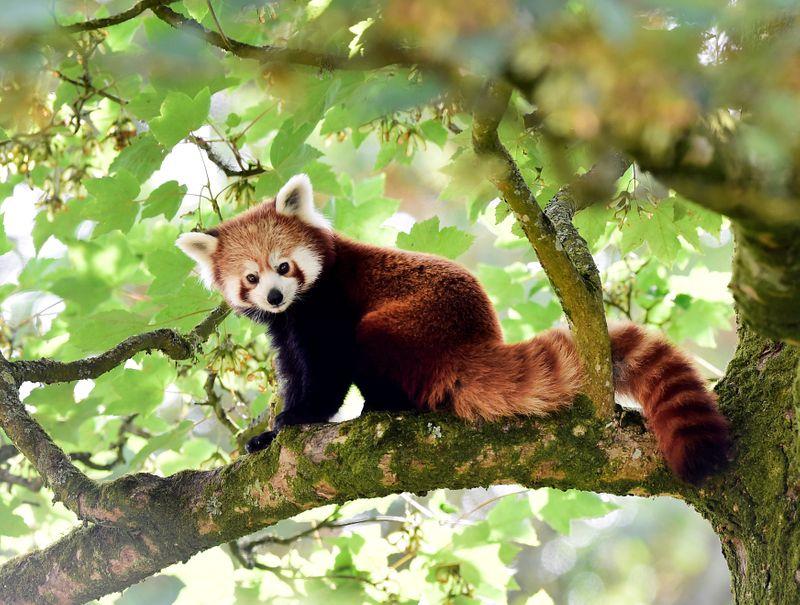 (This story from February 26 corrects the spelling of the researcher’s last name, paragraph 8)

WASHINGTON (Reuters) – Red pandas, the bamboo-eaters with bushy tails and red fur that inhabit high Asian forests, are not a single species but rather two distinct species, according to the most comprehensive genetic study to date on these endangered mammals.

Scientists said on Wednesday they found substantial discrepancies between the two species – the Chinese red pandas and the Himalayan red pandas – in three genetic markers during a DNA analysis of 65 of the animals.

Recognizing the existence of two distinct species could help guide efforts to conserve a mammal beloved by many people even as its numbers dwindle in the wild, they added.

The Chinese red pandas are found in northern Myanmar as well as the southeastern provinces of Tibet, Sichuan and Yunnan in China, while the Himalayan red pandas are native to Nepal, India, from Bhutan and southern Tibet in China, the researchers said.

International experts have estimated a total population of around 10,000 red pandas in the wild.

â€œTo maintain the genetic uniqueness of the two species, we must avoid crossing them in captivity,â€ said Chinese Academy of Sciences conservation biologist Yibo Hu, who, along with his colleague Fuwen Wei, headed the study published in the journal Science Advances. “Crossbreeding between species can adversely affect genetic adaptations already established for their local habitat environment.”

Scientists previously recognized that red pandas were divided into two subspecies. Although it was proposed that they are separate species, the new study was the first to provide the genetic data necessary to allow such a judgment.

The Himalayan red panda is the rarer of the two and needs urgent protection due to its low genetic diversity and small population size, Hu said. The Yalu Zangbu River most likely marks the geographic boundary separating the two species, not the Nujiang River as previously believed, Hu added.

The two species also differ in coloring and the shape of the skull.

Slightly larger than a domestic cat, red pandas have thick fur, short snouts, and pointy ears, spending much of their lives in trees and eating mainly bamboo. The main threats to red pandas include deforestation and habitat degradation due to human development.

Red pandas, with no close living relatives, are sometimes referred to as living fossils as the only remaining member of the Ailuridae mammal family. They are probably most closely related to a group that includes weasels, raccoons, and skunks.

Reporting by Will Dunham; Editing by Sandra Maler