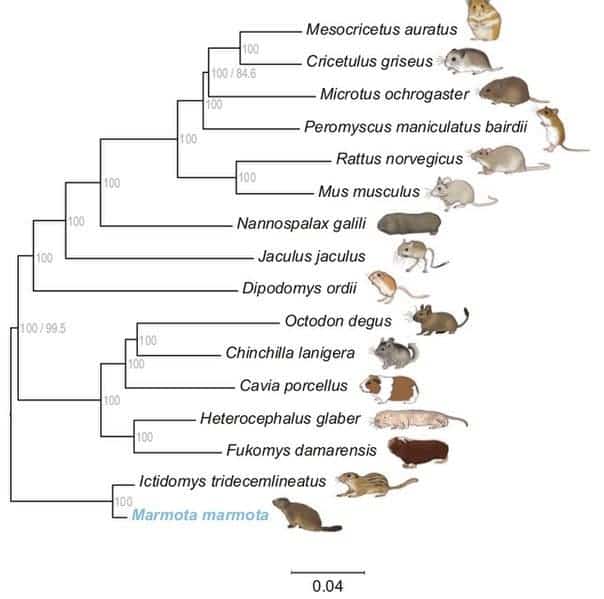 It’s a very useful and simple tool, except it can be quite fake, say the authors of a new study.

If you were a biologist in the 19th or 20th century trying to classify animals, your options were limited. You could study the ecosystem and the animal’s role in it, detail the morphological characteristics of the species, but that was about it – you had to rely a lot on things that looked like other things .

But in recent years, the advent of genetic analysis has opened new doors for the classification of species. When rapid genome sequencing became relatively cheap and readily available, researchers had new tools to see which species were related to what, and they began to notice that sometimes things didn’t go as planned.

Sometimes one species may turn out to be several species, or species considered closely related may in fact be quite different. Matthew Wills, professor of evolutionary paleobiology at the Milner Center for Evolution at the University of Bath, says that “it turns out that we got a lot of our evolutionary trees wrong.

“For more than a hundred years, we have classified organisms based on their appearance and anatomical assembly, but molecular data often tells us a rather different story.”

The problem is that often quite independent creatures evolve in a somewhat similar way. For example, if you’re only looking to fly, you might be tempted to believe that bats and birds are closely related, when that couldn’t be further from the truth. Of course, any biologist can tell that bats and birds are very different, but sometimes the differences are more subtle and can be hard to tell. For example, many insects feature similar mouthparts, although they are not closely related. This is called convergent evolution: the independent evolution of similar characteristics in different groups of animals.

“Our study statistically proves that if you build an evolutionary tree of animals based on their molecular data, it often matches their geographic distribution much better,” Wills says in a press release. “Where things live – their biogeography – is an important source of evidence for evolution that was familiar to Darwin and his contemporaries.”

“For example, the tiny elephant shrews, aardvarks, elephants, golden moles, and swimming manatees all descended from the same large branch of mammalian evolution, despite the fact that they look completely different from each other. (and live in very different ways) The Molecular Trees brought them all together in a group called Afrotheria, supposedly because they all come from the African continent, so the group fits the biogeography.

In addition to helping biologists better understand these biological relationships, this study also shows that things that seem similar should not be relied upon. Moreover, it shows that evolution doesn’t always create new things – instead, it seems to tend to produce somewhat similar things over and over again. Jack Oyston, research associate and first author of the paper, concludes:

“The idea that biogeography can reflect the history of evolution was a big part of what prompted Darwin to develop his theory of evolution by natural selection, so it’s quite surprising that it didn’t not really been considered directly as a way to test the correctness of evolutionary trees in this way before now.

“What’s most exciting is that we’re finding strong statistical evidence that molecular trees fit better not only in groups like Afrotheria, but also in the tree of life in birds, reptiles, insects and plants.”

“The fact that it is such a widespread model makes it much more potentially useful as a general test of different evolutionary trees, but it also shows how ubiquitous convergent evolution has been when it comes to acts to mislead us.”

The study was published in Communications Biology.