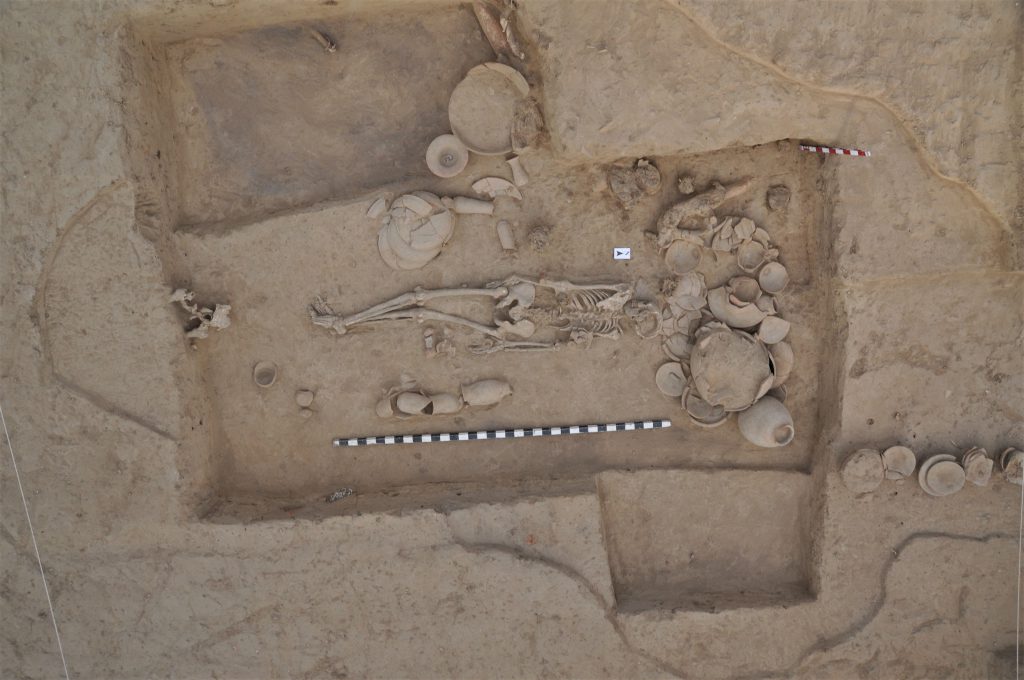 Two new genetic studies published this week offer scarce information about the Indus Valley civilization, one of the earliest human civilizations. The work helps to shed light on the origin of these people, who created one of the cradles of civilization. Equally important, it also reveals where they’ve gone.

The Indus Valley Civilization is one of the earliest civilizations in world history, rivaling Mesopotamia and ancient Egypt in scale. Nestled along the fertile Indus River floodplain, the Indus Valley was home to an estimated one million people spread across an area the size of Texas in what is now India and Pakistan ago. about 4000 to 5000 years old.

Located at the crossroads of historic trade routes, the region has been settled by many groups over time. But where the first civilization to develop there came from was a mystery.

New research suggests this was a local effort: Groups of nearby hunter-gatherers likely coalesced into a civilization that defined this first chapter in Indian history. And from there, the peoples of the Indus Valley would expand beyond India, leaving their mark on a large swath of Southeast Asia.

One of this week’s new articles, posted in Cell, offers the very first look at the genome of an individual from the Indus Valley civilization. Finding DNA from this part of the world is extremely rare because hot and humid climates are not ideal for DNA preservation.

However, after examining 61 skeletal samples taken from an Indus burial site outside of New Delhi, researchers came across a sample with a small amount of DNA still preserved. It belonged to a woman who lived around 4000 years ago. After discovering the rare find, the researchers painstakingly sequenced the DNA sample to obtain a complete genomic picture.

These findings offer clues to how agriculture started in South Asia. A long-held theory was that migrants from the Fertile Crescent – a region that includes southeastern Anatolia, Iran, Iraq, and Syria – spread across the Iranian plateau and then into South Asia. , bringing with them their agricultural practices. And previous genetic studies on South Asian populations have confirmed this theory.

But the genetic story of the Indus woman told a different story. His ancestry was a mix of Southeast Asian hunter-gatherers and the early Iranian hunter-gatherers. The DNA of migrants from the Fertile Crescent or another group called the pastoralists of the Eurasian steppes, also farmers, was missing. Because Iranian farmers and herders did not arrive in the Indus region until later, this indicates that the inhabitants of the Indus civilization either understood how to farm the land independently or that the practice has been introduced to the region in another way.

But researchers are also eager to see how the Indus Woman was linked to people who inhabit South Asia today. In this analysis resided one of their most remarkable ideas. There are strong genetic links between the Indus people and modern South Asians, which encompass Afghanistan, Bangladesh, Bhutan, Maldives, Nepal, India, Pakistan and Sri Lanka, have they discovered. Study author Vagheesh Narasimhan said it was proof that all modern South Asians were descended from the peoples of the Indus Valley civilization.

The second study, published in Science and was written by many of the same researchers behind the Cell paper, offers more insight into the history of modern South Asians. Considered the largest study ever published on ancient DNA, it offers a deeper examination of the migrations and cultural transformations that shaped modern South Asian ancestry.

To trace this complex history of ancient movements and mixtures, Narasimhan said the team analyzed 523 genomes of people excavated from across South and Central Asia who lived 12,000 years ago (Mesolithic era) to 2,000 years (iron age).

Similar to the complementary single genome study, this analysis revealed that South Asians are closely related to hunter-gatherers in Iran and Southeast Asia.

But, things get really interesting after the Indus Valley Civilization collapsed in 1800 BCE. Members of the society – who were likely genetically similar to the ancient woman found outside of New Delhi – mingled with ancestral groups on the Indian peninsula. Researchers say that the result of this mixture forms the backbone of modern South Indian ancestry.

Around the same time, others, following the collapse of the Indus Valley civilization, mingled with the steppe pastoralists who migrated to the area and brought with them the first versions of Indo-European languages â€‹â€‹spoken in India today.

Narasimhan said these studies testify to the power of ancient DNA by highlighting bygone civilizations. Extending genome sequencing to more people from a wider range of excavation sites in the Indus region could go a long way in filling more knowledge gaps.

They hope to use their DNA decoding technique to uncover more secrets of Indus Valley civilization and learn more about other ancient societies in under-represented regions of the world.

No “gay gene”, but a genetic link with sexuality