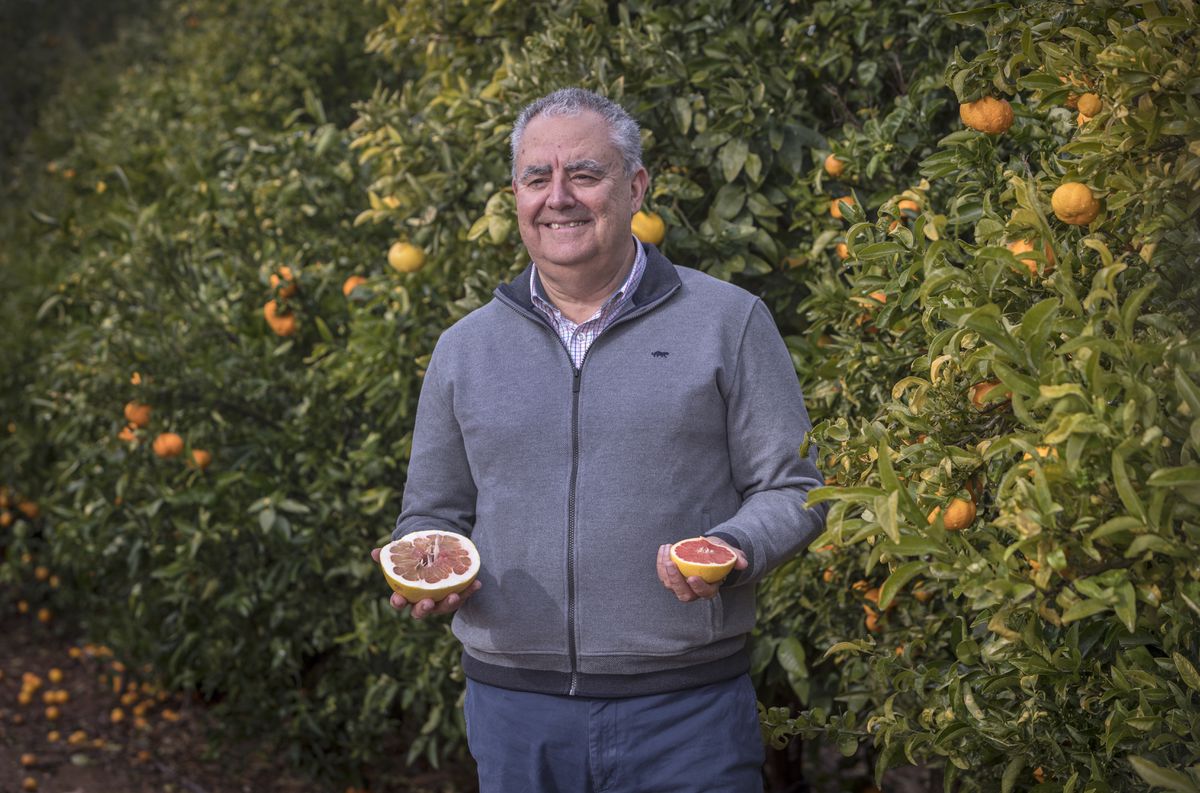 Much of human history can be found inside a fruit store. For example, if a customer asks for tangerines, they use a word coined by Portuguese traders who plied the South China Sea in the 16th century. For these Iberian explorers, the mandarins were the bureaucrats of Imperial China, trained according to the teachings of the Chinese philosopher Confucius. As they wore orange clothes, the fruit of the same color also received the same name. However, the story of mandarins began much earlier, according to biologist Manuel TalÃ³n, a member of an international team of experts who shed light on the fascinating global journey of this humble fruit.

TalÃ³n describes a tropical forest where the ancestor of all citrus fruits originated, among the foothills of the Himalayas, in a region now divided between China, India and Myanmar. Eight million years ago, a period of global cooling caused the displacement of these distant species. The ancestors of the lemon moved westward and its descendants found themselves in what is now Spain, following the Muslim conquest of the Iberian Peninsula. Those who migrated east were descendants of the mandarins, says TalÃ³n, director of the Genomics Center at the Valencian Institute for Agricultural Research. In the Nanling Mountains of southern China, these then inedible proto-mandarins began to diversify.

In the world today, there are over nine million hectares of citrus orchards, an area roughly the size of Portugal.

The new study analyzed the genomes of 69 citrus varieties and discovered the origin of an event that, in its way, changed the course of human history. In many wild citrus fruits, the pollen of a male mother plant, or its sperm, travels through the bees to the flower of the mother plant. The result is a seed that gives birth to a new plant, of which 50% of its genes come from each of its parents. About 1.6 million years ago, however, the Nanling Mountain tangerines underwent a natural change via a strange mutation that led to the emergence of the apomixis gene, a biological behavior whereby seeds do not only produce copies of the mother plant. â€œIn humans, it would be as if an embryo were created by the skin cells of the mother. It would be a clone, â€says TalÃ³n.

Citrus “are very crowded,” he notes. Three years ago, TalÃ³n and his team published a citrus family tree in the scientific journal Nature, since their origin eight million years ago. Their research revealed another key event: About 4,000 years ago, perhaps on the banks of the Yangtze River, a pomelo (the mother species of grapefruit) pollinated an ancestral mandarin, giving rise to edible varieties of mandarins. â€œThe acidity was reduced, the sugar levels were increased and the fruit grew bigger: the ancestral mandarins were only a little bigger than the olives,â€ says TalÃ³n.

Apomixis, says the biologist, was a “dream” for early farmers, who were able to increase the number of their favorite trees by generating perfect copies, without risking the lottery of genetic coupling with a parent plant. In the world today, there are over nine million hectares of citrus groves, an area roughly the size of Portugal. And in all edible species – such as tangerines, oranges, grapefruits and lemons – apomixis is present, an exceptional feature in the plant kingdom, thanks to this mutation 1.6 million years ago that passed from one species to another and then gratefully benefited. from the first settlers. “Citrus fruits are an extreme matriarchy,” jokes TalÃ³n.

This new research, published in the specialized journal Nature Communication on July 26, revealed the existence of a new species of wild tangerine in the Ryukyu Islands of Japan: Citrus ryukyuensis. His ancestors would have arrived in the archipelago about five million years ago from the Nanling Mountains, cradle of all mandarins.

TalÃ³n’s research team is made up of seven Japanese and American scientists, including Fred Gmitter of the University of Florida. The US state is fighting the scourge of the deadliest citrus disease, Huanglongbing, or yellow dragon disease, a bacteria of Asian origin that has wiped out citrus fruits in Florida. Orange production in the United States fell 72% between 2008 and 2018. Gmitter’s research group estimates that Citrus ryukyuensis may contain the secret to creating citrus fruits resistant to deadly Huanglongbing.

TalÃ³n recalls the rest of the history of citrus in Spain. The oranges that Muslims brought to Al-Andalus (the Muslim-ruled region of the Iberian Peninsula and parts of North Africa) in the 9th and 10th centuries were bitter, like those still found today. in the streets of Seville. “In the 15th and 16th centuries, sweet oranges arrived, already edible, probably on Portuguese ships,” notes the biologist. In 1805, British horticulturalist Abraham Hume introduced tangerines to Europe from the Chinese city of Guangzhou, the culmination of a journey begun eight million years earlier.