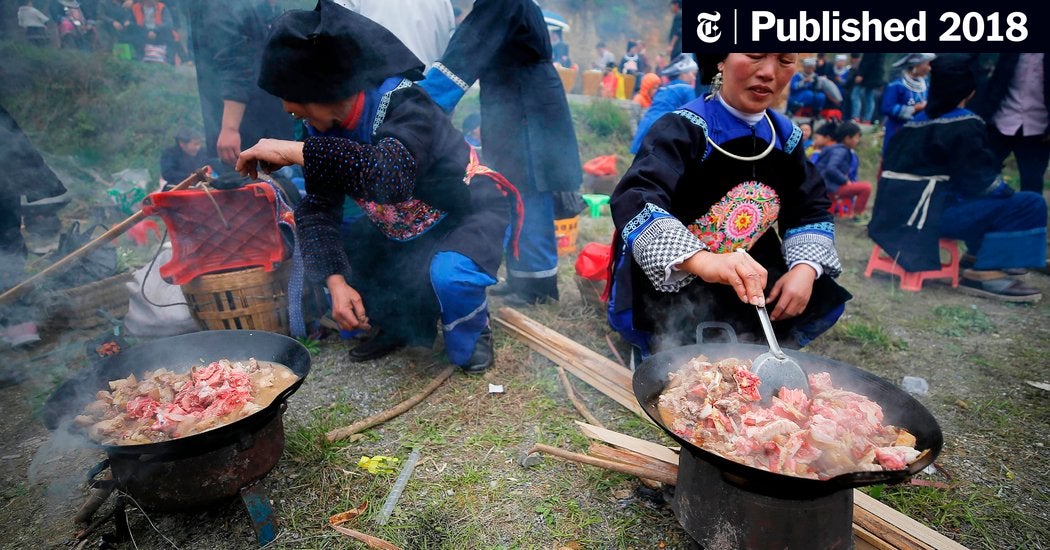 Lamb stew, hearty and fragrant, cooked until the meat is falling off the bone and served with thick, chewy noodles – this is the type of food that survives the winter cold of northern China.

Comb through the DNA of the Chinese and you’ll find a trace of that culinary history, according to the largest genetic study of the Chinese to date, published Thursday in Cell. The authors reported that a mutation in FADS2, a gene involved in fatty acid metabolism, is more common in northern than southern populations, indicating a diet higher in animal content. It is one of an assortment of results resulting from an in-depth analysis of genetic information from 141,431 participants.

The approach – a novel one using data from prenatal blood tests – came with a trade-off. Although the researchers were able to inexpensively sequence large numbers of genomes, they had access to a small fraction of each person’s genome, far less than what genome-wide studies typically examine.

Nevertheless, the study suggests that simple clinical tests can be an effective resource for studying the genetics of large populations and generating study hypotheses, said Ekta Khurana, assistant professor of computational genomics at Weill Cornell Medicine in New York who n wasn’t involved in looking for him.

“That can be expanded to include not just mothers, but all different people,” she said.

The authors used data from noninvasive prenatal testing for fetal trisomy, a condition that can cause Down syndrome. Launched in China, the test analyzes fragments of fetal DNA floating around in the mother’s blood and is administered for $100 or less across the country, said Xin Jin, a researcher at BGI, a genome sequencing company in Shenzhen. , and author of the paper. High-quality whole genome sequencing, by comparison, costs around $1,000 per person.

The dataset, which represented nearly all of China’s provinces and 37 of the 56 officially recognized ethnic groups, has eclipsed many genome-wide studies, which often only include thousands or even tens of thousands of participants.

But the team’s analysis only covered 10% or less of each person’s genome, whereas most rigorous genome-wide studies cover 80% or more, said Anders Albrechtsen, associate professor at the University of Copenhagen and author of the study.

To overcome this, the researchers relied on heavy math and statistics, designing custom software that could deduce the missing DNA. They brought back a lot of preliminary but interesting information.

For example, the Han people – who make up 92% of the Chinese population – were quite homogeneous genetically, differing mainly between the North and the South.

This likely reflects government policies and employment opportunities since 1949 that have largely pushed migration east or west, said Siyang Liu, senior researcher at BGI and lead author of the paper.

This is noteworthy because sequencing studies are rarely done on ethnic minorities, even though the results may have important medical implications, said Charleston Chiang, an assistant professor at the University of Southern California’s Keck School of Medicine who n did not participate in the research.

The researchers also diagnosed viruses in the mothers’ blood by checking DNA that did not align with the human genome against a database of viral sequences. They found a relatively high prevalence of hepatitis B and other viruses that can affect pregnancies, as well as a genetic variant associated with roseola, which causes high fever and rashes in babies.

Some of these associations had been reported in previous studies with Europeans, but the team also found new links, underscoring the importance of researching non-European populations, Dr Jin said.

This study served as a proof of concept, he added. His team is making progress in evaluating prenatal test data from more than 3.5 million Chinese.