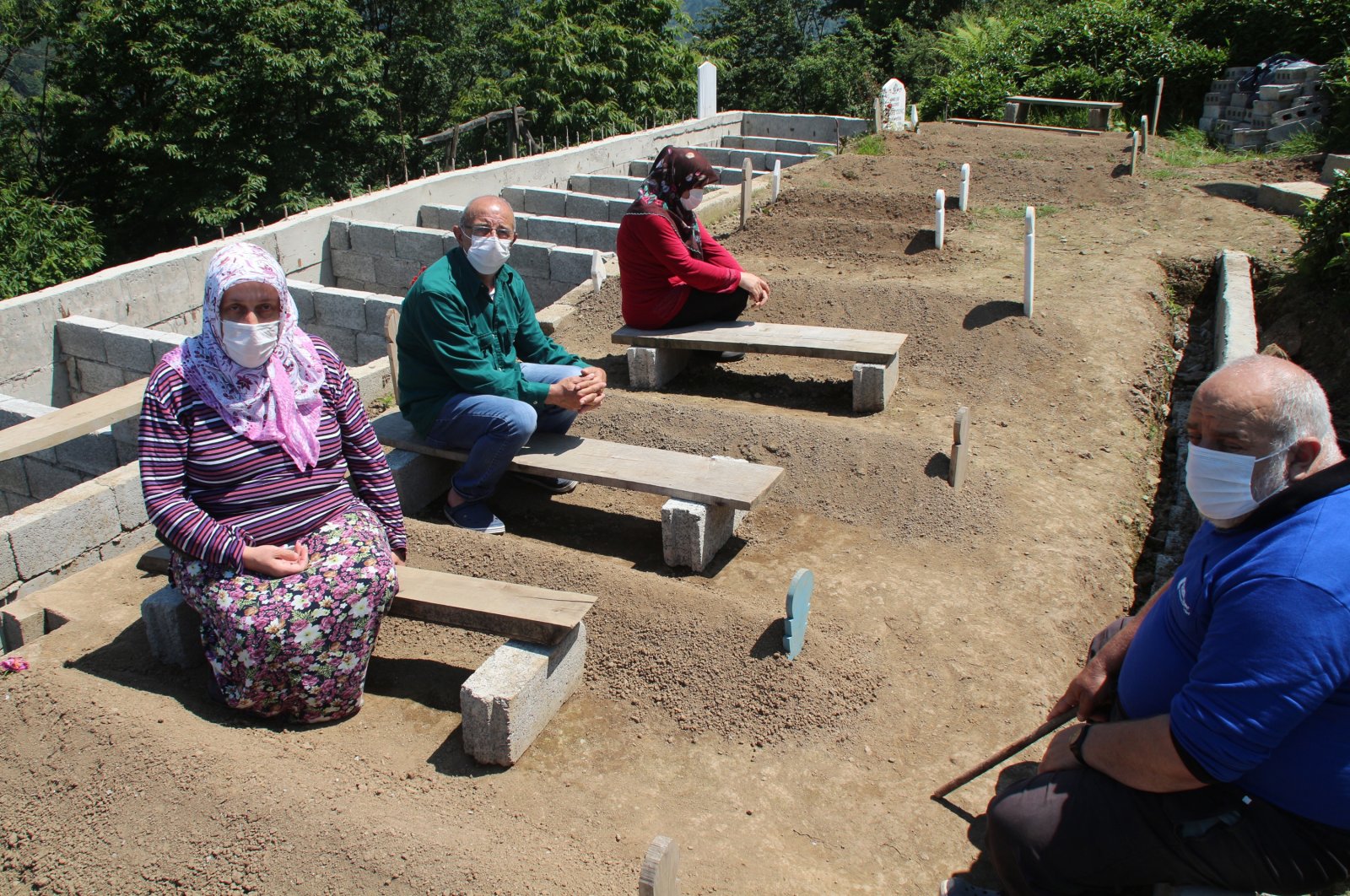 A family from Rize province in northeastern Turkey has called on authorities and scientists to conduct a genetic study after losing their ninth parent to coronavirus in the past 15 months.

Şenay Genç Yalçınkaya, 36, was the last member of the Genç family from Güneysu district to contract the coronavirus disease. Yalçınkaya tested positive in early February after showing symptoms of COVID-19 and was hospitalized on February 4 at Rize State Hospital.

Although she had received three vaccines before, she became seriously ill and was intubated.

Despite the efforts of doctors, she died on Sunday evening. Funeral prayers will be held on Tuesday for the mother of a child.

Yalçınkaya had previously lost his father, brother, two aunts and four cousins ​​to COVID-19 within six months. His father Muhammet Genç and his brother Burak died just a week apart in November 2020.

The family then lost four members to illness in December and two more relatives died in February and April. Fearing more deaths, the Genç family prepared 10 additional burial sites at the local cemetery.

After promising the family to be prioritized for COVID-19 vaccines, provincial health directorate teams vaccinated all 25 members of the Genç family in June. No family member contracted the virus for the next 10 months until Yalçınkaya was infected.

Losing three brothers, two sisters-in-law, a nephew, a brother-in-law and a brother-in-law’s son to COVID-19, Ali Genç said the family is going through a tough test due to the coronavirus.

“We have lost eight parents to the coronavirus. Unfortunately, our daughter Şenay was also intubated. There are still five of us in the family and we want our genes to be examined,” Genç, 63, told Demirören News. Agency (DHA) before Yalçınkaya’s death.

“We had received our injections and were happy that it was all over, but our happiness has not been up to par. We don’t know what to do. Were the vaccines ineffective for us? Do we have a problem with our genes That’s what we’ve been saying all along that our genes need to be researched,” he said.

Rize was among the Turkish provinces where vaccination levels remained relatively low until the province became one of the hotspots of the fourth wave of the pandemic in Turkey caused by the delta variant of the coronavirus.

The province still ranks fourth out of 81 provinces in terms of the number of cases relative to population, with 1,324.7 cases per 100,000 people. For comparison, this figure is only 717.58 in Istanbul, the country’s most populous province.

Overall figures in Turkey show a steady decline in infections after hitting a record number of cases from the fast-spreading omicron variant, and hospitalization and intensive care unit (ICU) admission rates remain low compared to previous waves of the disease.

Keep up to date with what is happening in Turkey, in its region and in the world.