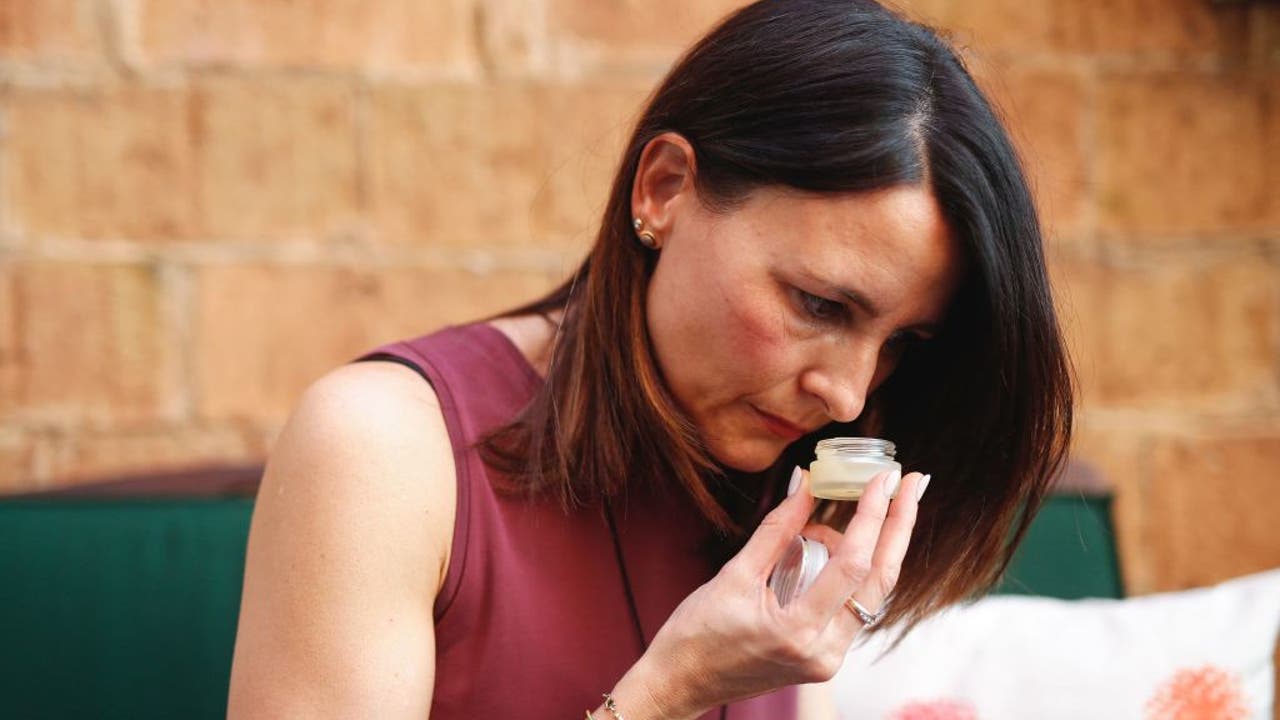 Loss of smell and taste from COVID-19 may have a genetic link, study finds

RAW INTERVIEW: What do we know about the persistent loss of smell and taste due to COVID-19?

Dr. Rakesh Chandra, researcher at the Smell and Taste Center at Vanderbilt University Medical Center, discusses research on long-term loss of smell and taste from COVID-19.

A new study suggests that a genetic risk factor may be linked to loss of smell and taste from COVID-19 infection.

The study was published Monday in the journal Nature Genetics.

23andme researchers said they conducted a survey of nearly 70,000 people who tested positive for COVID-19. Of these respondents, 68% reported having a loss of smell and taste. The study also noted that women were 11% more likely than men to report having no taste or smell after COVID-19 infection. Seventy-three percent of those who suffered the loss were between the ages of 26 and 35.

The authors said they were unsure how genes might be involved, but noted that the coronavirus appears to alter cells that involve smell and taste. They also noted that their study had limitations, including that they did not replicate the data and had to rely on self-report data.

The US Centers for Disease Control and Prevention has said loss of taste and smell is a common symptom of COVID-19.

For most people, odor problems are temporary and often get better on their own within a few weeks. But a small minority complain of persistent dysfunction long after other COVID-19 symptoms have subsided. Some have reported continued full or partial loss of smell six months after infection. The longest, according to some doctors, are now approaching a full year.

A team of researchers from Harvard Medical School is beginning to understand why patients with COVID-19 lose their sense of smell.

Vexing disability researchers say they’re optimistic most will eventually recover, but fear some won’t. Some doctors worry that a growing number of smell-deprived patients, many of whom are young, are no longer prone to depression and other difficulties and put a strain on strained healthcare systems.

Losing your sense of smell can be more than just an inconvenience. The smoke from a spreading fire, a gas leak or the stench of rotting food can go dangerously unnoticed. Fumes from a used diaper, dog dirt on a shoe, or sweaty armpits can be embarrassingly ignored.

How can a virus cause loss of smell and taste?

Other researchers think one possibility is that people with upper respiratory tract infections often experience nasal congestion, drainage, and other symptoms that can block a smell’s ability to reach the nerve of the nose. smell – which sits at the top of the nasal cavity, according to Vanderbilt University Medical Center.

But the root cause, especially for those with prolonged or permanent loss of smell, could be due to the virus causing an inflammatory reaction inside the nose that can lead to loss of olfactory or olfactory neurons.

“In some cases it’s permanent, but in other cases the neurons can regenerate. This is likely what determines which patients recover,” the Medical Center states online.

Possible predictors of loss of smell and taste with COVID-19

Dr. Rakesh Chandra, a researcher at the Smell and Taste Center at Vanderbilt University Medical Center, said that in general a person’s sense of smell can decrease with age and that women generally have a keener sense of smell than men. . But COVID-19-related smell loss is “disproportionately represented by young women.”

“It’s a bit paradoxical compared to who usually suffers from disorders of smell and taste, in the broad sense,” he said.

Researchers don’t know why this would be the case. Chandra said it could be because their smell was better to begin with, so the loss of it is more apparent – ​​or maybe some other reason.

He added that patients with milder COVID-19 infection are also more likely to have loss of smell and taste, “so disease severity appears to correlate in the opposite direction to ‘incidence of odor loss’.

How to Increase the Chances of Odor Returning

Overall, those under 40 are more likely to regain these senses than older adults, the team from Virginia Commonwealth University found.

But to improve his chances of regaining his sense of smell, researchers recommend something called scent training, which involves repeatedly smelling essential oils such as lemon, rose, clove and eucalyptus for a while. at least 20 seconds each twice a day.

This type of training should continue for at least three months – or longer if possible.

“Smell them one by one in order in the morning, and do the same in the evening, and every five days change the order,” Chandra recommends. “It helps with the discrimination and identification of odors over time.”

Kelly Hayes and the Associated Press contributed to this story. This story was reported from Los Angeles.

“Glenn Youngkin and his administration are already showing the absolute moral bankruptcy of the Republican Party from DAY ONE! Stop “giving them a chance!”