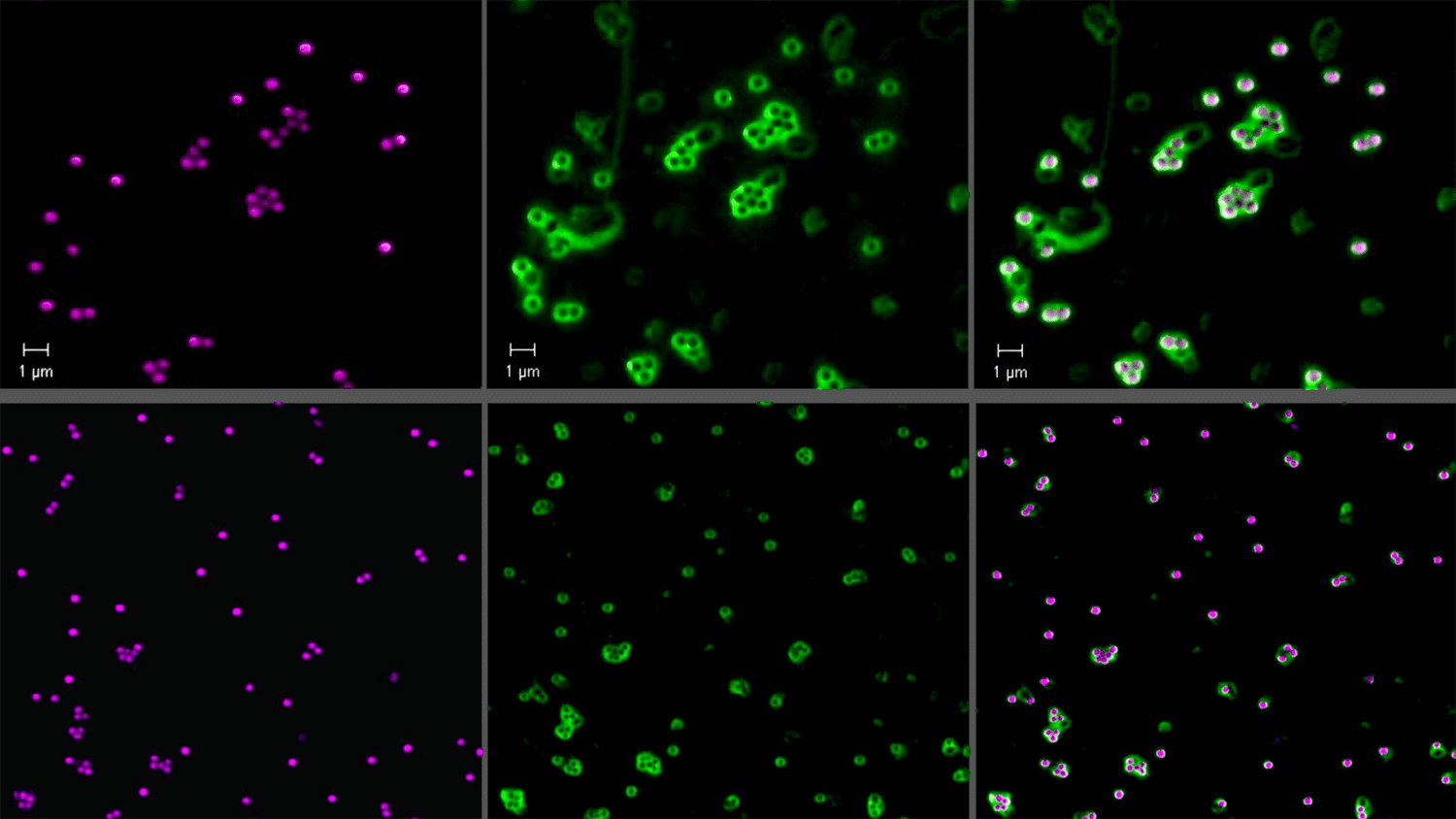 As superbugs become increasingly dangerous to human health, NC State researchers have developed a flexible material that preserves drugs capable of treating infections without the risk of antimicrobial resistance.

Together with his colleague Christopher Gorman of the Department of Chemistry and students Ryan Smith and Juliana O’Brien, Stefano Menegatti, university researcher and associate professor of chemical and biomolecular engineering, has developed new dendrimers – highly structured macromolecules – which act as glue around nanoparticle models. These models include bacteriophages, which are viruses that can infect and attack harmful bacteria in the body. Although they can be an alternative to traditional antibiotics, they can be difficult to formulate and stabilize as a medicine. To remain safe and effective, therapeutic bacteriophages must be protected from environmental changes.

Menegatti and his team discovered that dendrimers combined with short chains of amino acids, or peptides, can surround nanoparticles and keep them stable under various conditions. Their team calls these dendrimers DendriPeps. As the nanoparticles are suspended in water, these soluble DendriPeps keep them in a closed and stable system.

“These dendrimer coatings maintain the water content inside a virus while acting like a proton sponge, protecting the virus from changes in salt or pH,” Menegatti said. “It is a flexible but impermeable barrier. It maintains a pleasant environment for the virus.

Once the DendriPeps coat the nanoparticles, localized shear triggers their release and therapeutic activity. Soft materials can be designed to physically and chemically respond to stimuli such as temperature, pressure, and humidity. Shear is an ideal stimulus for drug delivery applications because it is nearly ubiquitous throughout the body. The eyelids cause shearing when blinking; waste shears the intestinal wall during digestion; shear is created when something is rubbed on the skin. This allows DendriPeps to treat local infections.

“Shear is often a forgotten stimulus,” Menegatti said. “With this invention, we wanted to fill that gap, and Dendripeps presented an incredible opportunity to do so.”

When a cluster of DendriPep-coated nanoparticles is sheared, it degranulates, releasing the individual particles. These particles can in turn release a therapeutic load or, like bacteriophages, infect and kill dangerous bacteria. When therapeutic action is not required, the shear is removed and the particles are coated with DendriPeps and reclustered. This stops the release of the payload.

This formulation can protect bacteriophages. This offers a way to replace antibiotics in some critical applications: The widespread use of antibiotics has developed superbugs – bacteria resistant to standard doses of antibiotics. The research team is also developing more nanomedicines based on DendriPep to provide new drugs such as viral vectors in gene therapy.

For the past few years, Menegatti has been honored as a Goodnight Early Career Innovator and North Carolina State Faculty Scholar. He also received an ALCOA Foundation Research Achievement Award, a Chancellor’s Innovation Fund grant, and an NSF Early Career Award. Currently, his research has focused on gene therapy manufacturing technology and the creation of more efficient production processes. It is in the same vein as his research on dendrimers: he is looking for ways to overcome natural and systematic obstacles in biomedicine. Its goal is to improve manufacturing and access to better medicines.

“DendiPeps could be the missing link in material science to make therapeutic viruses the center of next-generation antimicrobials and drugs,” Menegatti said.

Your source for the latest research and innovation from NC State.