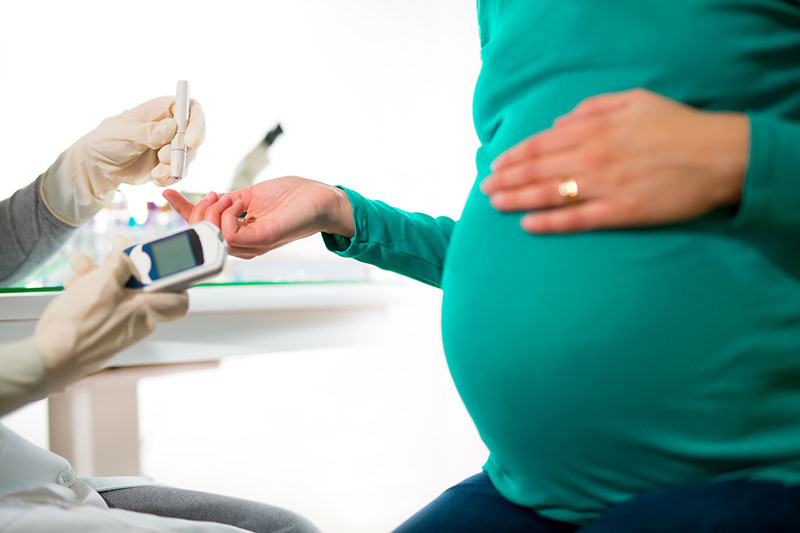 A new method to detect genetic material from the placenta in the blood of pregnant women could potentially identify the risk of gestational or pregnancy-related diabetes in the first trimester, suggests a small study funded by the National Institutes of Health. Typically, gestational diabetes isn’t diagnosed until late in the second or third trimester. The method could be used to identify patients who would benefit from preventive treatments before diabetes develops.

The new method isolates extracellular vesicles (EVs) secreted by the placenta from the blood. EVs are membrane-bound sacs containing microRNAs, the molecular scaffold on which proteins are assembled. The EVM microRNAs of women who later develop gestational diabetes differ from those of other pregnant and non-pregnant women.

The study was led by Sherin U. Devaskar, MD, and colleagues at the David Geffen School of Medicine at the University of California, Los Angeles. He appears in PLOS ONE.

EVs containing microRNAs and other genetic material are released by cells, including placental cells. From six weeks of pregnancy, the placenta begins to release electrical vehicles into the maternal circulation. The amount of EVs increases throughout pregnancy, peaks in the third trimester, and decreases after delivery.

The authors concluded that analyzing EVs for the microRNAs they contain has the potential to identify gestational diabetes in early pregnancy.

“This study provides more evidence that gestational diabetes is a condition that begins to develop much earlier than when it is currently clinically diagnosed,” Dr. Devaskar said. “We are excited about this step towards the potential for more reliable and earlier diagnosis so that we can intervene before the development of adverse conditions for mother and baby that often last a lifetime.”