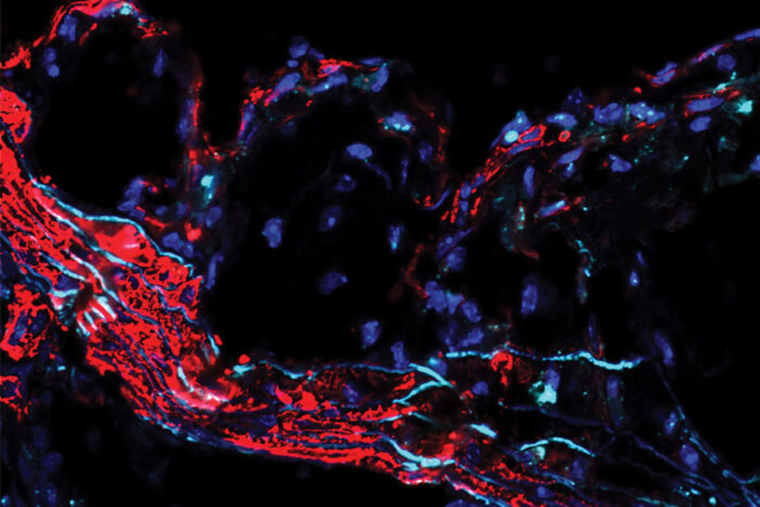 High cholesterol is the most commonly understood cause of atherosclerosis, a hardening of the arteries that increases the risk of heart attack and stroke. But now scientists at the Washington University School of Medicine in St. Louis have identified a gene that likely plays a causative role in coronary heart disease regardless of cholesterol levels. The gene is also likely to play a role in related cardiovascular diseases, including high blood pressure and diabetes.

The study appears March 24 in the journal Science Translational Medicine.

By evaluating human genetic data, the researchers found that the genetic variation influencing the levels of this protein in the body correlated with the risk of developing plaque in the arteries. High levels of genetically determined protein meant a higher risk of plaque development and vice versa. Likewise, they found higher levels of protein to correlate with a higher risk of diabetes and higher blood pressure readings.

“Cardiovascular disease remains the most common cause of death in the world,” said the cardiologist Nathan O. Stitziel, MD, PhD, associate professor of medicine and genetics. â€œOne of the main goals in the treatment of cardiovascular disease has appropriately focused on lowering cholesterol levels. But there must be causes of cardiovascular disease that aren’t related to cholesterol – or lipids – in the blood. We can lower cholesterol to very low levels, and some people still have a residual risk of future coronary heart disease events. We’re trying to figure out what else is going on, so that we can improve that as well. “

This is not the first non-lipid gene identified that has been implicated in cardiovascular disease. But the exciting aspect of this discovery is that it lends itself better to the development of future therapies, according to the researchers.

The researchers – including co-first authors In-Hyuk Jung, PhD, member of the scientific staff, and Jared S. Elenbaas, doctoral student at Stitziel’s lab – further showed that this protein is a complex structural molecule and is made by vascular smooth muscle cells. , which are cells in the walls of blood vessels that constrict and relax the vascular system. The protein has been shown to cause plaque inflammation in the artery walls and make the plaques less stable. Unstable plaque is especially dangerous because it can break off, causing a blood clot to form, which can lead to a heart attack or stroke.

â€œIn animal models, we found that the protein induces atherosclerosis and promotes plaque instability,â€ Jung said. “We have also seen that it increases the number of inflammatory immune cells in plaque and decreases collagen, which performs a stabilizing function in plaques.”

According to Stitziel, other genes previously identified as increasing the risk of cardiovascular disease independent of cholesterol appear to have extensive roles in the body and are therefore more likely to have far-reaching unwanted side effects if blocked for the purpose. prevent cardiovascular disease. Even if SVEP1 is necessary for the early development of the embryo, the removal of the protein in adult mice does not appear to be detrimental, according to the researchers.

â€œHuman genetic data has shown a wide natural range of this protein in the general population, suggesting that we may be able to safely alter its levels and potentially decrease coronary artery disease,â€ Elenbaas said.

Current work in Stitziel’s group is focused on finding ways to block the protein or reduce its levels with the goal of identifying new compounds or possible treatments for coronary artery disease and, possibly, it. high blood pressure and diabetes. The researchers worked with the University of Washington Office of Technology Management (OTM) file a patent for therapies targeting SVEP1 protein.

Originally published by the School of Medicine