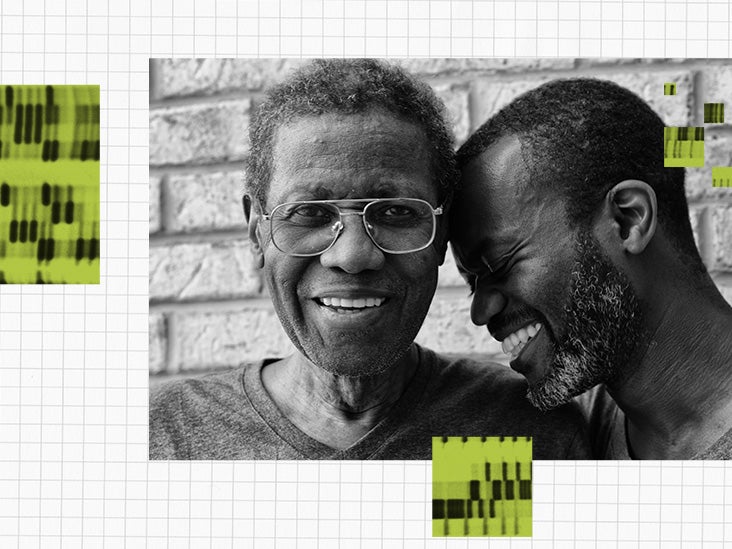 Alzheimer’s disease (AD) is the most common form of dementia in older people. According to the World Health Organization, cases of dementia can be caused by AD, in the USA.

AD is incurable, but there are treatments that can slow the progression of the disease or ease the symptoms. are most effective if started early, but diagnosis may take time, during which time the disease may progress without treatment.

A recent study has developed an MRI-based machine learning system that can aid in early diagnosis. Now, a discovery by a team in Australia has suggested another possible avenue for earlier diagnosis and treatment of Alzheimer’s disease.

Researchers have discovered genetic links between several gut disorders and Alzheimer’s disease, which, according to lead researcher Dr. Emmanuel Adewuyi, “identifies new targets to study to potentially detect the disease earlier and develop new treatments for both types of conditions”.

The study, conducted by researchers from Edith Cowan University, Perth, Western Australia, is published in .

(c. 460-377 BC) is famous for saying “All disease begins in the gut”. Increasingly, research suggests that the ancient Greek physician may have been right, at least in the case of several illnesses.

Previous research studies on the gut-brain axis have revealed that the gut microbiome can impact the development of AD. Especially, suggest that gut microbiota bacteria could influence the production of associated with the pathogenesis of AD.

studies on this topic have concluded that “the convergence of the inflammatory response of gut origin with aging and poor diet in the elderly contributes to the pathogenesis of AD”.

The researchers in this new study sought to uncover the genetic associations underlying this observed association between the gut and Alzheimer’s disease. They analyzed genetic data from 15 large genome studies, most involving more than 400,000 people, containing information on AD and gut disorders.

They found that certain genes were associated with both Alzheimer’s disease and certain intestinal disorders, such as gastroesophageal reflux disease (GERD), peptic ulcer disease (PUD), gastritis-duodenitis, irritable bowel and diverticulosis.

Although the researchers found significant genetic overlap and a correlation between Alzheimer’s disease and certain gastrointestinal disorders, they found no evidence of a causal association.

The study’s lead author, Professor Simon Laws, director of the Center for Precision Health at Edith Cowan University, says that although the study did not find that gut disorders caused AD or vice versa, the results were extremely valuable:

“These findings provide further evidence supporting the concept of the ‘gut-brain’ axis, a bi-directional link between the cognitive and emotional centers of the brain and the functioning of the gut.”

Their study highlighted the genetic association of AD with not only gastrointestinal disorders but also the gut microbiome, reinforcing findings from previous studies.

Commenting On the findings, the American Geriatrics Society said the study not only reveals a genetic link between Alzheimer’s disease and several gut-related disorders, but “the findings add to the evidence that the gut axis -brain may play a role in the development of neurodegenerative disorders.”

The researchers also looked at the biological pathways in which these genes implicated in the two disorders operate and found an overrepresentation of pathways related to lipids and the immune system. Previous research has found a link between .

This finding, which involves lipid-related pathways, including cholesterol metabolism and transport, may suggest an association between abnormal cholesterol, gut disorders, and Alzheimer’s disease, as Dr. Adewuyi explained:

“Although further studies are needed on the mechanisms shared between the conditions, there is evidence that high cholesterol can transfer into the central nervous system, leading to abnormal cholesterol metabolism in the brain.”

‘[E]High cholesterol in the brain has been linked to brain degeneration and consequent cognitive impairment,” he added.

Their findings suggest that drugs to control lipid homeostasis and inflammation may be potential treatments for AD. Thus, the authors suggest that cholesterol-lowering drugs (statins) may prove useful in the treatment of both conditions.

“The study found that the risk of developing AD is increased in people with gastrointestinal disorders and that the two conditions share common genetic risk factors. The results of this study may help improve our understanding of the causes of AD and lead to the development of new treatment strategies,” she said. DTM.

The study says that while the results don’t indicate that Alzheimer’s disease and disorders of the gastrointestinal tract will always coexist, they do point to a possible “shared biology.”

“Thus, early detection of Alzheimer’s disease may benefit from exploration of cognitive impairment in gastrointestinal disorders,” the authors conclude.

Perhaps awareness of this genetic association could lead doctors to evaluate people with gut disorders and cognitive impairment, leading to earlier diagnosis of Alzheimer’s disease in some.