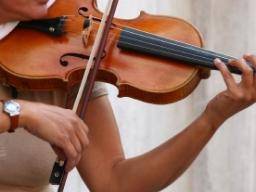 Post-Impressionist painter Vincent van Gogh was believed to suffer from schizophrenia and musician Kurt Cobain was diagnosed with bipolar disorder. The incidence of such conditions in creative individuals has led researchers to speculate that there may be a link between creativity and psychiatric illnesses. Now, a new study reveals that this link could be partly genetic.

Study first author Robert Power of the Institute of Psychiatry, Psychology and Neuroscience (IoPPN) at King’s College London in the UK and his colleagues publish their findings in the journal Natural neuroscience.

Creativity is defined by researchers as “new approaches requiring cognitive processes different from dominant modes of thought or expression”.

Such approaches are normally taken by people who have visionary professions or hobbies, such as artists, musicians, actors, dancers, and writers. But does creativity increase an individual’s risk of mental illness?

Previous research has shown that mental illnesses — particularly bipolar disorder — are more common among people with parents who have creative professions. However, the researchers were unable to identify the mechanisms underlying this association. For their study, Power and his colleagues wanted to find out.

“For most psychiatric disorders, little is known about the underlying biological pathways that lead to illness,” Power says. “One idea that has gained credence is that these disorders reflect the extremes of the normal spectrum of human behavior, rather than a distinct psychiatric illness.”

“By knowing which healthy behaviors, such as creativity, share their biology with psychiatric illnesses,” he adds, “we gain a better understanding of the thought processes that lead a person to become ill and how the brain can go wrong. turn”.

With the help of researchers from deCODE Genetics – an Icelandic biopharmaceutical company – the team was able to analyze data from 86,292 people from the general Icelandic population.

The researchers calculated genetic risk scores for schizophrenia and bipolar disorder for each individual, and they identified each person’s creativity – determined by their profession or membership in national arts societies of dancers, actors, musicians, writers and visual artists.

The team found that people whose profession was a painter, musician, writer or dancer were 25% more likely to carry genetic variants linked to bipolar or schizophrenia than those in less creative jobs, such as factory workers. and farmers.

“Our results suggest that creative people may have a genetic predisposition to think differently which, when combined with other harmful biological or environmental factors, could lead to mental illness.

Talk to The GuardianStudy co-author Kari Stefansson, founder and CEO of deCODE, notes that the genetic factors identified in this study that increase the risk of mental illness explain only about 0.25% of the variation in creativity. one person.

This means that other genetic factors can influence creative ability or it can be influenced by a person’s social environment or life experiences.

Still, Stefansson thinks their finding identifying a genetic link between creativity and mental illness is interesting. “That means a lot of the good things we achieve in life through creativity come at a price,” he said. The Guardian. “It tells me that when it comes to our biology, we need to understand that everything is somehow good and somehow bad.”

In 2011, Medical News Today reported on a study suggesting that creative thinkers may be less honest and more likely to cheat than non-creative thinkers, possibly because they are better at finding excuses to explain their actions.