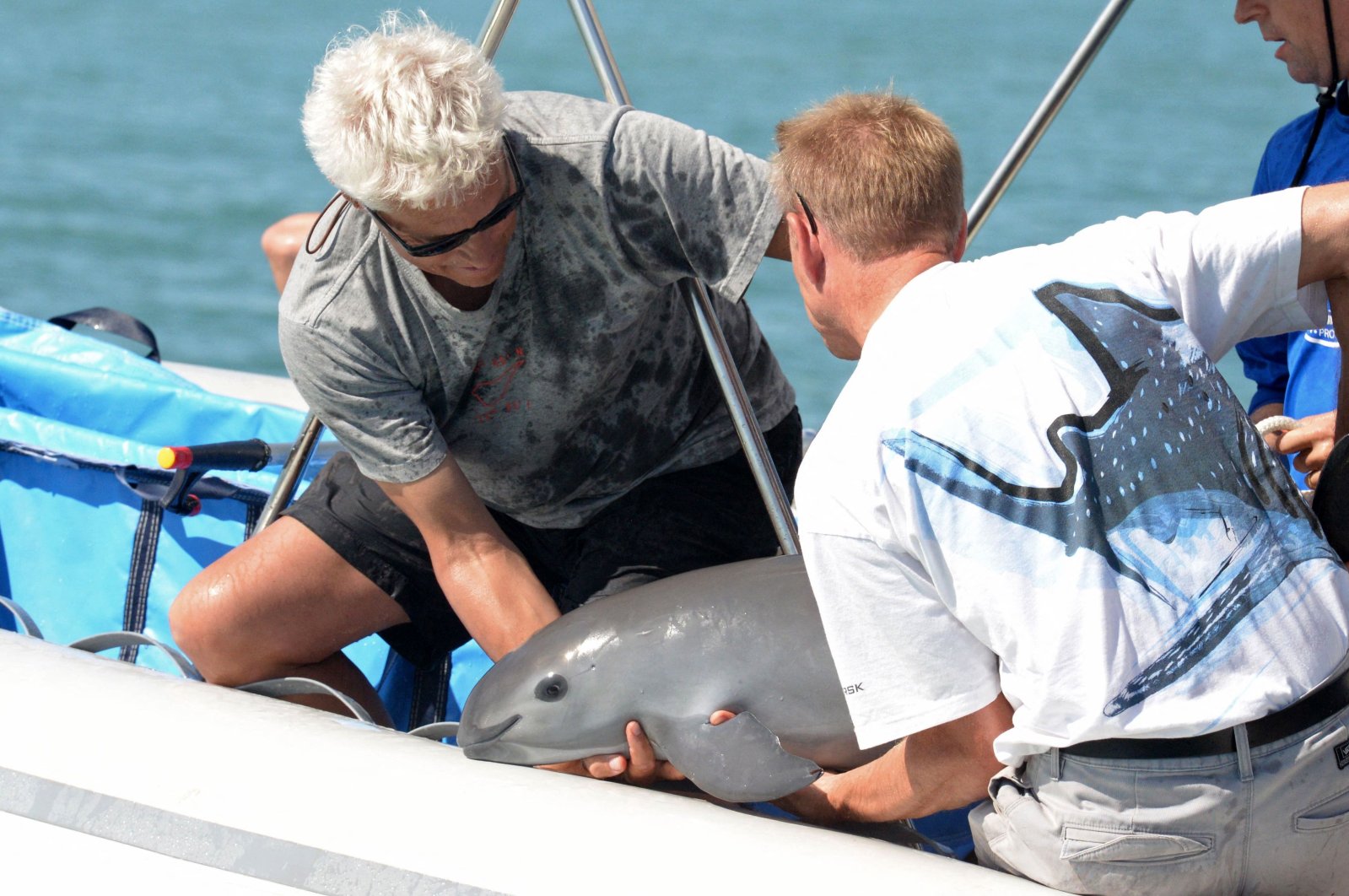 The world’s rarest marine mammals may not be doomed, as the most comprehensive genetic evaluation to date of the vaquita offers a glimmer of hope that this tiny tropical porpoise native to Mexico’s Gulf of California could avoid doom. extinction despite its population dwindling to about 10.

Researchers said on Thursday that genomic data from 20 vaquitas showed that while the species has low genetic diversity – differences in DNA between different individuals – the number of potentially harmful mutations that could endanger its survival by inbreeding was quite low.

The vaquita, first described by scientists in 1958 and now considered critically endangered, is the smallest cetacean, the group including whales, dolphins and porpoises, growing to around 1.5 meters (5 feet) long and 54 kilograms (120 pounds). Its torpedo-shaped body is gray above and white below with a dark ring around the eyes.

Computer simulations carried out by the researchers to predict the risk of extinction have shown that vaquitas, whose population has fallen by more than 99% since the beginning of the 20th century due to human activities, have a strong chance of rebounding if the fishing gillnets are completely eliminated from their habitat. Gillnets, large curtains of nets that hang in the water, are used to catch fish and shrimp, but have killed many vaquitas who become entangled and drowned.

“Our key findings are that the vaquita is not genetically driven to extinction, as some have begun to assume,” said co-lead author Christopher Kyriazis, a UCLA doctoral student in ecology and evolutionary biology. of the study published in the journal Science. “These findings are important because they give hope for a species that is on the brink of extinction, a species that many are now abandoning.”

A particular threat is the gillnet poaching of an endangered fish called the totoaba. Totoaba swim bladders, believed to improve fertility, are prized in China.

Vaquitas, which are still actively breeding despite their small numbers, inhabit the northern Gulf of California, also called the Sea of ​​Cortez, between mainland Mexico and the Baja Peninsula.

“Gillnet fishing in vaquita habitat has been banned, but the ban has not been enforced and vaquitas continue to perish in the nets,” said study co-lead author Jacqueline Robinson, a postdoctoral researcher at the University of California, San Francisco’s Institute for Human Genetics.

The first population estimate, made in 1997, found that there were about 570 vaquitas. The population has since declined by up to about 50% per year.

The researchers assessed the genetic health of the species, which diverged evolutionarily from its closest relatives around 2.5 million years ago, by examining samples of 20 individuals obtained between 1985 and 2017, mostly archived from of deceased vaquitas. A concern with such a small population is that unavoidable mating between closely related individuals could increase deleterious mutations detrimental to the survival of the species.

Genomic data indicated that the vaquita population was already relatively small – about 5,000 individuals – for hundreds of thousands of years before the crash caused by human activities, making low genetic diversity a natural feature of the species. .

It also showed that there was relatively little inbreeding among vaquitas and very few harmful recessive mutations that could lead to birth defects upon inbreeding that could jeopardize species survival – fewer than 11 other cetacean species assessed. , including the blue whale.

A species of cetacean already seems to have been driven to extinction by humans in recent decades: the baiji, or Chinese river dolphin.

“Due to its shy nature, very little is known about the vaquita,” Robinson said. “The species is at risk of extinction before we even fully know what we are losing, and there is no way to replace it once it is gone.”

Keep up to date with what is happening in Turkey, in its region and in the world.