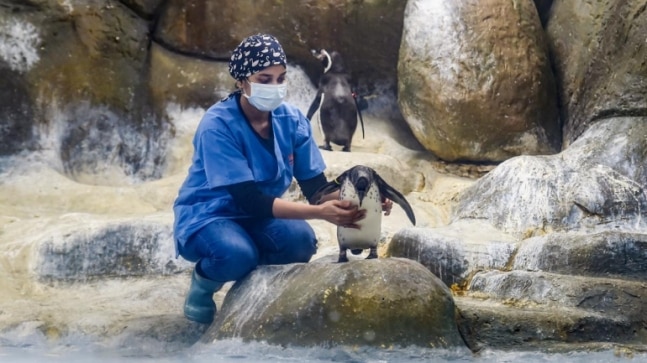 In a major study, scientists revealed that the slower a genetic code mutates, the longer an individual lives. The study, which attempts to shed light on genetic changes linked to aging and cancer, found that despite huge variations in lifespan and size, different animal species end their natural lives with a similar number of changes. genetics.

Wellcome Sanger Institute researchers conducted a genetic study on 16 species, including the long-lived, highly cancer-resistant human, mouse, lion, giraffe, tiger, and naked mole rat. confirming that the slower the rate at which mutations occur. to a longer life, and therefore mammals, from tigers to humans, have a longer life than a giraffe.

A mutation is a change in the DNA sequence which, according to the National Institute for Human Genome Research, can result from DNA copying errors made during cell division, exposure to ionizing radiation , exposure to chemicals called mutagens, or infection with viruses. These mutations cause cancer.

Although we know how mutations lead to cancer, their role in the aging process has not been detailed.

The study, published in the journal Nature, indicates that somatic mutation rates are evolutionarily limited and may be a contributing factor to aging.

Genetic changes, known as somatic mutations, occur in all cells throughout the life of an organism. This is a natural process, with cells acquiring about 20-50 mutations per year in humans. Most of these mutations will be harmless, but some of them can set a cell on the path to cancer or alter the normal functioning of the cell.

Visitors look at a Royal Bengal tiger standing inside its enclosure at Alipore Zoo after it reopened to the public in Kolkata. (AP Photo)

“Finding a similar pattern of genetic changes in animals as different from each other as a mouse and a tiger was surprising. But the most exciting aspect of the study has to be discovering that lifespan is inversely proportional to the somatic mutation rate,” Dr. Alex Cagan of the Wellcome Sanger Institute said in a statement.

The researchers generated whole-genome sequences from 208 intestinal crypts taken from 48 individuals, to measure mutation rates in single intestinal stem cells. Genome analysis revealed that somatic mutations accumulated linearly over time and were caused by similar mechanisms in all species, including humans, despite their very different diets and life cycles.

They noticed that the somatic mutation rate decreased as the lifespan of each species increased. However, they found no significant association between somatic mutation rate and body mass, indicating that other factors must be involved in the ability of larger animals to reduce their cancer risk relative to their body size. .

“Aging is a complex process, the result of multiple forms of molecular damage in our cells and tissues. Somatic mutations have been speculated to contribute to aging since the 1950s, but studying them has remained difficult. With recent advances in DNA sequencing technologies, we can finally study the roles that somatic mutations play in aging and in multiple diseases. That this diverse range of mammals end their lives with a similar number of mutations in their cells is an exciting and intriguing finding,” said study co-author Dr Inigo Martincorena.

Did you know that Bill Gates and Microsoft saved Apple from bankruptcy?