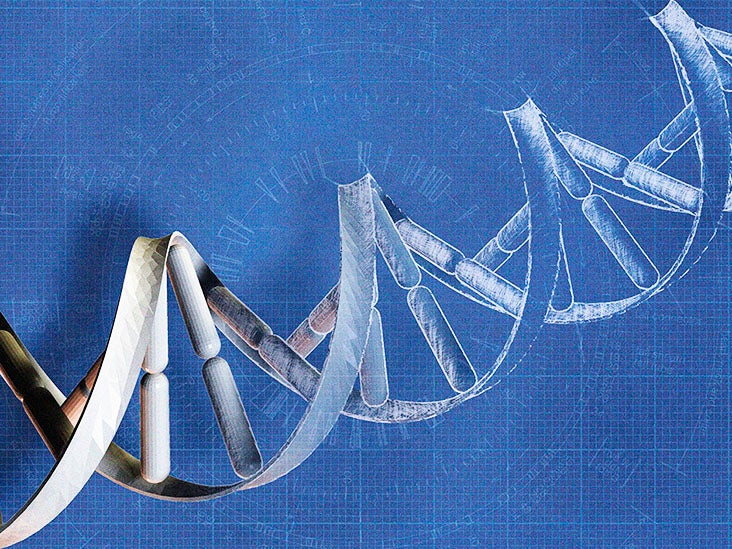 What is the genetic link?

“Dementia” is an umbrella term for a wide range of symptoms resulting from conditions that damage the brain. Some forms of dementia have a genetic link.

These include Alzheimer’s disease, Lewy body dementia, and frontotemporal dementia (FTD), among others.

However, multiple causes, rather than a single gene, often contribute to dementia.

Although scientists have identified a genetic link for some cases, further research would be beneficial to fully understand how a person’s family history contributes to their risk of developing dementia.

Keep reading to learn more about the link between genetics and various forms of dementia.

“Dementia” is a generic term for a as a result of illness or injury. Dementia can cause memory problems, personality changes and impaired reasoning.

A person with dementia may become forgetful, have limited social skills, and cognitive abilities reduced to a point that interferes with day-to-day functioning.

Dementia becomes more common as people age. Around aged 85 or over suffer from a form of dementia. However, it is not a typical part of aging and many people do not develop it.

There are different types of dementia, including:

Changes to even small parts of a gene can cause dementia.

A gene is made up of a chemical substance called DNA. If someone inherits a genetic mutation that causes a health problem, they are more likely to develop that problem. Early-onset Alzheimer’s disease is an example of an inherited genetic disorder.

In addition, genetic variants – changes in genes – can affect a person’s risk of disease. Doctors call this a genetic risk factor.

If someone has a genetic risk factor for dementia, certain environmental and lifestyle factors can affect their chances of developing the disease. These may include:

A person’s risk of late-onset Alzheimer’s disease may depend on the age of onset, as well as the person’s genetic susceptibility – for example, mutations in the apolipoprotein E (APOE) gene .

While a specific gene does not appear to directly cause the disease, a variant of the APOE gene on chromosome 19 appears to increase a person’s risk. This gene plays a role in making proteins that transport cholesterol and other lipids in the blood.

Mutations in these genes can cause the atypical production of proteins implicated in the disease.

Most people who develop Alzheimer’s disease are in their mid to late 60s.

Vascular dementia is the second most common cause of dementia, accounting for .

It usually has multiple causes or related health conditions, such as high blood pressure and diabetes. Cerebrovascular disease – a condition that affects blood vessels in the brain – is the most common cause.

There are few data from studies examining the heritability of vascular dementia. In most cases, vascular dementia is not an inherited condition, but the health conditions that contribute to it can be passed down from one generation to the next.

Lewy body dementia usually affects people over the age of 65 and can cause:

A growing body of research that there is a genetic aspect to dementia with Lewy bodies. However, compared to other neurodegenerative disorders, scientists know very little about the genetics involved in this disease.

Doctors don’t fully understand why some people get FTD and others don’t. In some cases, it can be linked to a person’s genes. Around with the condition have a strong family history of it.

In some families, a single genetic variation that can cause FTD passes from parent to child. Doctors call this familial FTD. It occurs in 10 to 15% of people with the disease.

Any child of a person with familial FTD who carries an autosomal dominant gene has a 1 in 2 chance of receiving the same gene. This means that the child must an affected gene from their parents to catch the disease.

There are other forms of familial FTD in which there is no identifiable genetic cause or the genetic basis is not necessarily autosomal dominant.

Susceptibility genes may also increase the risk of developing FTD. However, having the gene does not always mean that a person will develop the disease.

Yes, some forms of dementia praecox are genetic. For example, around developing Alzheimer’s disease before the age of 60, and genetics are much more likely to be the cause.

Learn more about the symptoms of dementia praecox here.

A person can have a genetic test for dementia, but it is expensive and not always accurate.

The tests look for specific mutations involved in the disease. However, the tests cannot detect all possible causes of dementia. For example, experts estimate that 1% or less of Alzheimer’s disease cases are due to a specific mutation in certain genes. In other cases, the cause is unknown or several factors are involved.

Also, a person can have a certain mutation but never develop dementia. Therefore, doctors may not recommend genetic testing for dementia as a routine screening tool.

Genetic testing may be useful in families with a known genetic mutation for the disease. Tests can show which family members have the mutation and may develop Alzheimer’s disease.

If someone is considering genetic testing, they should first discuss their options with a doctor and/or genetic counselor. The person should be fully aware of what the test results may mean before undergoing it.

Some forms of dementia, including Alzheimer’s disease and dementia with Lewy bodies, have a genetic component. This means that a person may have an increased risk of developing these types of dementia if they have a family history of them.

However, dementia is often complex and can have multiple contributing factors.

In most cases, doctors do not recommend genetic testing for dementia. Tests can be expensive and are not always accurate. However, in some cases with a strong family history, testing can be a useful tool to find out which family members have specific genetic mutations.

A person considering genetic testing should discuss their options with a doctor or genetic counselor.