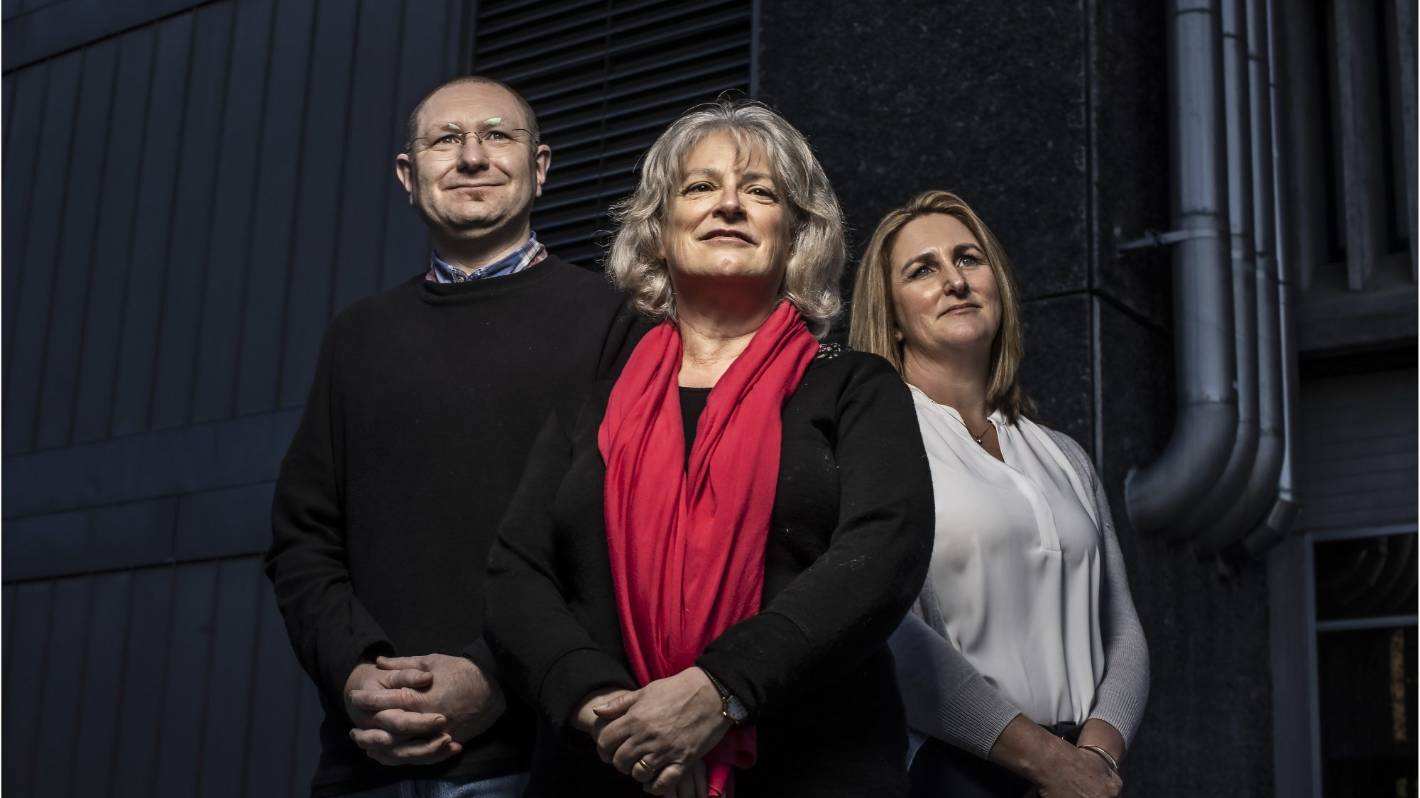 Some people are “ultra-rapid metabolizers” of codeine, an opioid. A team of researchers from the University of Auckland believe they are also more likely to abuse drugs and become addicted. reports Tony Wall.

Amy Boatman was standing at a bus stop in Auckland when she saw an advertisement for Nurofen Plus, a painkiller containing codeine and ibuprofen which was then available over the counter in pharmacies.

She comes from the United States, where opioid products are only available by prescription. “I was like, ‘Oh my God, can you buy something at the pharmacy that’s an opiate? Holy s…’.”

Boatman had gotten sober after becoming addicted to a similar drug, hydrocodone, in the 90s, but had recently relapsed to alcohol and was vulnerable.

She bought Nurofen Plus and took a few pills for the euphoric effect. Before she knew it, she was taking the whole 12-pack at once.

READ MORE:
* We should be allowed to buy codeine without a prescription
* Shortly after getting her dose of illicit painkillers via Facebook, Beth Winfield was dead
* Proposed ban of over-the-counter codeine feathers in the industry
* The Auckland midwife prescribed herself painkillers on behalf of others
* Funding is ‘getting harder and harder’, says retiring pharmacist

“So it wasn’t enough. They also sold them in a pack of 30 – it got to the point where I was taking all 30 pills all at once.

Boatman has always suspected she had a genetic propensity for addiction – “I come from a family of alcoholics and drug addicts” – and is intrigued by a study launched by a team of researchers from the University of Auckland on drug addicts.

Unlike other opioids, codeine is a “prodrug”, which means that it is inactive when taken, but is then modified by the liver to form morphine.

The amount of morphine produced depends on the type of liver enzymes the person has inherited – slow, intermediate or ultra-rapid.

Ultra-rapid metabolizers will receive a much larger dose of morphine from a dose of codeine than other people, which will likely make them feel great.

The research team, led by Dr Rhys Ponton from the university’s School of Pharmacy, hypothesizes that these people are more likely to develop problems with the drug.

By examining the types of enzymes present in people who abuse or are addicted to codeine, they hope to determine if this is the case.

In theory, this could help doctors know if a person is at risk of developing an addiction or accidentally overdosing.

The research team is calling on volunteers who take codeine recreationally or think they might be addicted to the drug to enroll in the study, which they say is a world first. They will be asked to do a phone interview and provide a saliva sample by mail.

Boatman says there’s a lot of shame and stigma attached to opioid abuse, and it would be “amazing” if a genetic link could be proven.

“It would be great to be able to show this evidence to other people and say, ‘Look, I’m not morally devoid, there’s a natural, physical reason for this’.”

Codeine was removed from over-the-counter sales, becoming prescription-only, in November 2020 due to concerns about abuse of the drug.

Legal opioid maker OxyContin Purdue Pharma has admitted its role in the opioid epidemic, paid $634 million in fines and pleaded guilty to contributing to thousands of opioid-related deaths

But Ponton says that only a small percentage of people — somewhere between 1 and 5 percent — are ultra-rapid metabolizers of codeine.

If it can be shown that this cohort is most likely to develop problems, he says, it would prove that there is only a low risk of selling codeine over the counter to the general public.

Ponton says this would eliminate the need for people to have to make an appointment with a GP to access codeine, which, due to cost, has created inequality in access to pain relief.

But Boatman says removing codeine from over-the-counter sales was a good move.

“The regulations around it were really lax. I could go to the same pharmacy once a week and get 30 pills. I would shop at a pharmacy – I would know roughly where every pharmacy in the area is.

“I like the idea of ​​a stronger painkiller being a bit more accessible to people, but it just should have been better regulated.

“Imposing the responsibility on the pharmacist to regulate was too much, they already have too much on their plate.”

Boatman’s codeine abuse lasted nine years and she hid it from his wife. She lost her job when it was discovered that she was asking co-workers to buy her codeine, and she became “unemployable”.

She has chronic stomach problems caused by the ibuprofen in the products she was taking.

Getting fired was the catalyst she needed to clean herself up, and in 2019 she returned to her family in Texas for three months.

“I was 51 and had to go back to live with my parents. It was the humbling experience I needed.

She followed a 12-step program and is now sober.

“There is a lot of shame. It’s like there’s another person in your body doing these things – you just can’t stop.

Different judicial approaches to objections to a bankruptcy petition